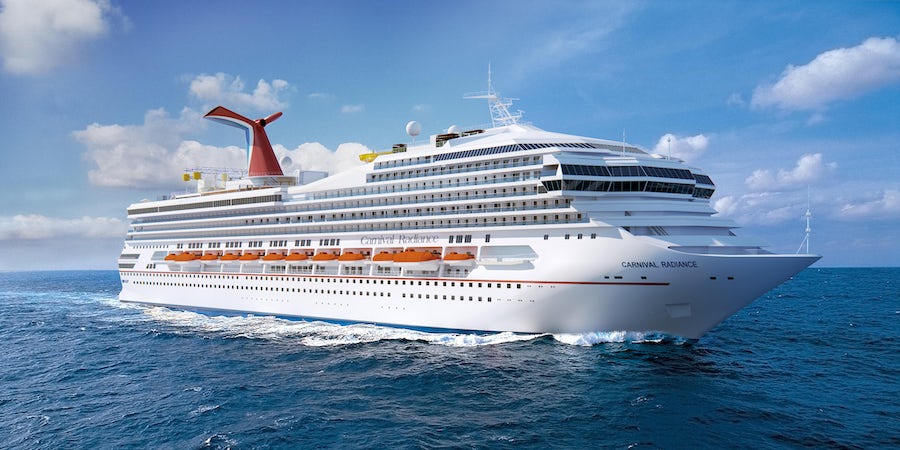 The ship will be leaving the shipyard in Spain on October 18, making its way to its eventual homeport in Long Beach, California. Starting on December 13, Carnival Radiance will sail three- and four-day cruises to Baja Mexico, making stops at Ensenada and Catalina Island.

"The transformation of Carnival Victory has been in the works for quite some time but we’re delighted that she can now be officially be called Carnival Radiance -- the newest member of our fleet," said Christine Duffy, president of Carnival Cruise Line.  "Carnival Radiance features all of our most popular spaces and provides a truly unique and exciting vacation option for the Southern California short cruise market."

Carnival Radiance continues the push that Carnival has made in West Coast cruises. The line has Carnival Miracle in Long Beach making short cruises to Mexico, as well as Carnival Panorama, which sails weeklong itineraries on the Mexican Riviera.

Once it arrives in California, the ship will undergo a naming ceremony in Long Beach.