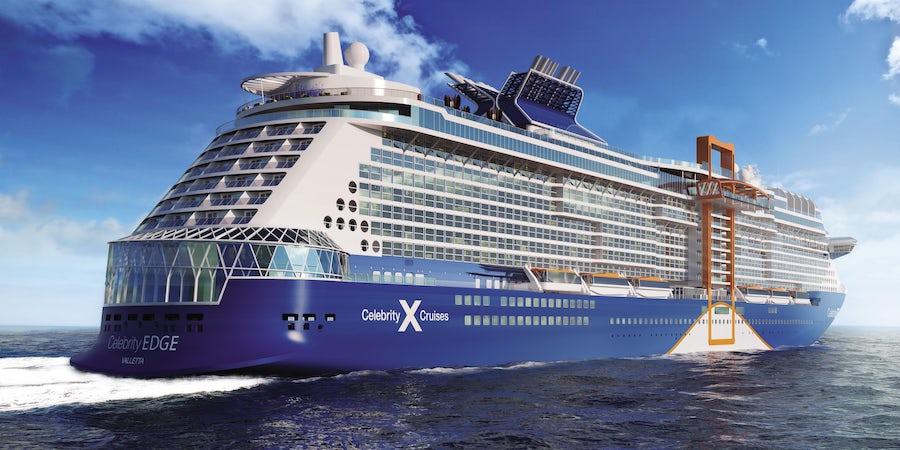 (10:30 a.m. EDT) -- Celebrity Edge will be sailing to Australia and New Zealand for the first time, spending five months Down Under during the winter 2023/2024 season.

The landmark ship, with its cantilevered open-air moving platform and staterooms with infinite balconies, will sail on a dozen 6- to 16-night itineraries, exploring the coastlines of Australia and New Zealand before heading to the tropical South Pacific.

The Celebrity Edge sailings are from early December 2023 through April 2024, and will cumulatively call at 22 ports, with departures from both Sydney and Auckland.

Select itineraries will include overnights in Cairns, Australia; Auckland; and Hobart, Tasmania. Celebrity for the first time will visit Kangaroo Island for nature experiences.

Themed itineraries focus on beach escapes, food and wine and "Five Star Getaways," that the cruise line promises will provide "deeper immersion into the region’s unique culture, brought to life through enhanced onboard and shoreside programming."

All New Zealand itineraries will include both the North and South islands, while a South Pacific itinerary will call in New Caledonia and Vanuatu and Mystery Island.

The sailings open for sail to the general public October 24, 2021.

With Australia's borders still closed to international travelers, Princess Cruises is dramatically cutting back sailings. The line blamed "uncertainty around the return of cruising in the region."

The entire Royal Princess and Sapphire Princess seasons, which were from December (including holiday cruises) through March, are off the books. Also cancelled are Coral Princess sailings through January 17, with the latest pause for that ship in effect until January 27, 2022.

"It became apparent we would not be able to deliver planned deployment of Royal Princess and Sapphire Princess in Australia before they were due to start their published northern hemisphere voyages," said Deanna Austin, Princess Cruises’ chief operations officer.

Princess is offering cancelled guests a non-refundable bonus of 10 percent if they choose a future cruise credit (FCC) rather than rebooking or a full refund.

P&O Cruises Australia added a month to its pause in sailings from Sydney and Brisbane, including cancelling all holiday cruises, and now plans to resume sailing from those cities mid-January. Also cancelled was the brand’s entire season of sailings from Melbourne.

"We recognize this is disappointing for our guests who were looking forward to cruising with friends and family over Christmas and New Year, however, we wanted to make this announcement as early as possible to ensure they could plan with certainty for the holiday period," said Sture Myrmell, president of P&O Cruises Australia.

P&O Cruises Australia recently announced it would resume domestic operations with cruises for fully vaccinated guests and crew. Myrmell said the reason for the cancellations was a lack of specifics from Australian authorities.

"Unfortunately, we are not yet clear on the requirements from governments and public health authorities for a phased return of domestic cruising but we remain hopeful these conversations will gather pace now there is real momentum around society reopening," he said.