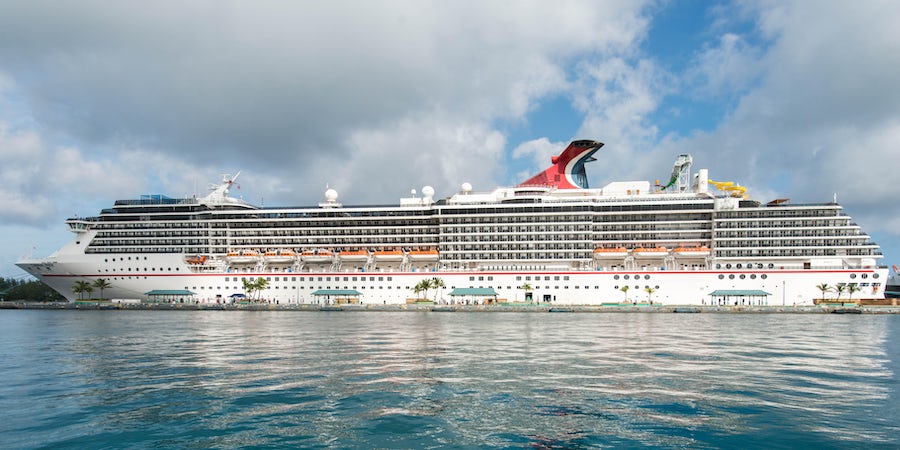 For the first time since March 2020, Carnival Pride departed the Port of Baltimore on Sunday, bound for a weeklong sailing to the Bahamas, with calls on Nassau, Freeport and Half Moon Cay.

Carnival held a "Back to Fun" celebration at the port on Sunday, attended by Carnival President Christine Duffy, Carnival Pride Captain Maurizio Ruggiero and Port of Baltimore Executive Director William P. Doyle. All three welcomed passengers into the terminal and presided over a ribbon-cutting ceremony to officially welcoming cruises back to Baltimore.

"We’re thrilled to be back in Baltimore, providing our guests with the relaxing vacation they’ve been so patiently waiting for but also supporting the local economy and offering our crew members an opportunity to support their families back home," said Duffy in a statement. "Baltimore has been a wonderful partner for more than a decade and we are delighted to get Back to Fun in this key market which serves hundreds of thousands of guests in the Northeast and along the Atlantic Coast."

Carnival debuted the first year-round cruise program from Baltimore in 2009 and has carried over one million passengers from the city since then.

Carnival Pride will be replaced by sister-vessel Carnival Legend in November on runs out of Baltimore. Carnival Pride will instead relocate to its new homeport of Tampa. The line offers voyages to the Bahamas and Bermuda, Canada and New England, the Caribbean and Panama Canal from Baltimore.

Competitor Royal Caribbean has also traditionally homeported at least one vessel in Baltimore, however, that line isn't slated to resume sailings from the Maryland port city until December, when Enchantment of the Seas sets sail for the Caribbean in time for the Holiday cruise season.