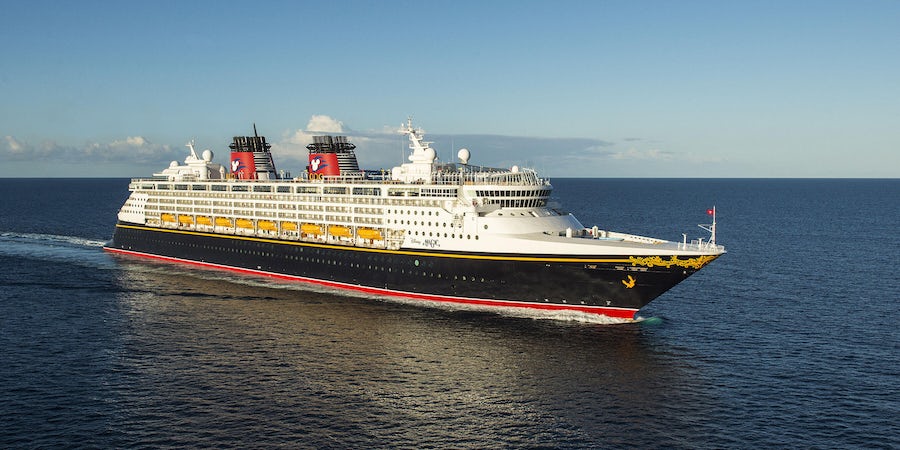 All Four Disney Cruise Line Ships Will Sail From U.S. By End Of October

(11:40 a.m. EDT) Disney Cruise Line has updated its return-to-cruise plans with itinerary changes and some cancellations.

Disney Magic, the last Disney ship to return to sailing from the U.S., will embark its first North American revenue voyage since the start of the pandemic from PortMiami on October 28, 2021, a week later than planned. All four Disney ships will be operating from the U.S. by the end of October.

Disney Magic has been sailing UK cruises for UK residents only since July, and will return to the U.S. for mostly four-night sailings to the Bahamas and five-night sailings to Cozumel, from PortMiami. Included on both itineraries is a visit to Disney’s private Bahamas island, Castaway Cay.

In the midst of the restart process, Disney has cancelled two Disney Magic sailings. "As we continue to resume sailings in a gradual, phased approach, it is necessary for Disney Cruise Line to modify some Disney Magic itineraries, as well as cancel the October 21 and October 24, 2021 Disney Magic sailings," the line noted in a statement.

On the plus side, larger fleetmate Disney Fantasy is set to resume seven-night and longer sailings in October. Disney Fantasy, which resumes sailing September 11 from Port Canaveral on a schedule of three and four-night cruises, will transition to cruises of seven nights and longer beginning on October 9. October departures have been modified to visit only the Bahamas and Mexico, and not Eastern Caribbean or Western Caribbean islands.

On the west coast, Disney Wonder will resume sailing on October 1 from San Diego, on three- and four-night itineraries. The three-night sailings stop in Ensenada, Mexico while the four-night sailings visit Cabo San Lucas. As previously announced, the ship will depart San Diego on November 5, for a 14-night sailing through the Panama Canal to its wintertime homeport of Galveston. Unlike Disney's other itineraries that allow for unvaccinated children to set sail, passengers on the two-week Panama Canal cruise must be fully vaccinated.

On all cruises, Disney is requiring passengers 12 years of age and older be fully vaccinated and to take a COVID-19 test upon embarkation. Those passengers 11 years old and under are required to be PCR tested before arriving at the pier and to undergo additional testing at embarkation.