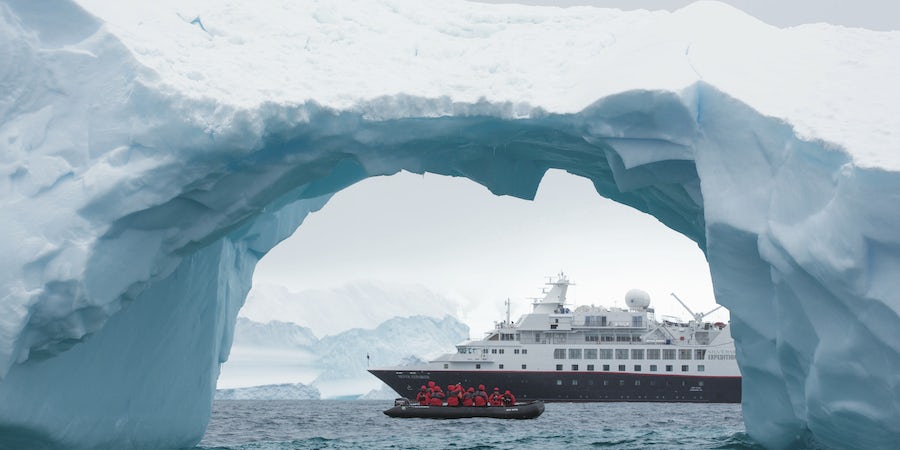 (12:15 p.m. EDT) -- Luxury cruise operator Silversea announced Wednesday it intends to operate its full schedule of expedition cruises to Antarctica for the 2021-2022 season after successfully negotiating a move of homeports from Ushuaia, Argentina, to Punta Arenas, Chile.

A third ship, Silver Explorer, will continue with its scheduled itineraries that depart from Puerto Williams, Chile, beginning November 2021.

"Leading the return of cruising in Antarctica, as facilitated by our agreement with the Chilean government, represents our commitment to delivering unforgettable travel experiences for our guests," Silversea President and CEO Roberto Martinoli said. "I commend the Chilean government for its unwavering dedication to restarting cruising to the White Continent in a safe and enriching manner."

Silversea, like many other expedition cruise lines traveling to Antarctica, has traditionally homeported its ships in the Argentinian port of Ushuaia, the southernmost city in the world.

The move from Ushuaia was necessitated as Argentina remains closed to cruise traffic.

To facilitate the new itinerary changes, passengers traveling aboard Silver Cloud and Silver Wind will now fly into Santiago (instead of Buenos Aires) for an overnight stay before flying to Punta Arenas the following day to embark either vessel.

Those passengers sailing Silver Explorer will transfer to Puerto Williams from Santiago.

Silversea is debuting its new "Antarctica Bridge" fly-cruises this year, allowing passengers to cross the often-turbulent Drake Passage by air, arriving at King George Island to embark their ship.

Silversea's luxury expeditions to Antarctica begin in November and run through February 2022. Two special sailings in December will also allow passengers to view the December 4, solar eclipse from Antarctica -- the only place on the planet where the eclipse can be viewed in totality.