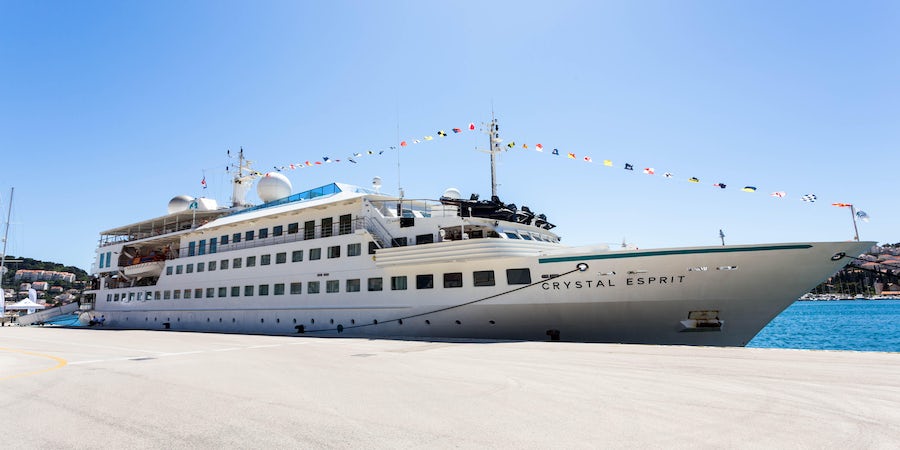 (Updated 10:50 a.m. EDT) The 62-passenger Crystal Esprit is leaving the Crystal Cruises fleet after having been sold to Lindblad Expeditions, the latter told Cruise Critic Wednesday. Crystal had said late Tuesday that it had sold the award-winning super yacht to an undisclosed buyer.

Lindblad Expeditions Holdings told Cruise Critic Wednesday it had entered into an agreement to purchase Crystal Esprit. “This was a unique opportunity to acquire a ship that will allow us to continue our tradition of offering amazing expeditions to one of the world’s most remarkable destinations for years to come,” the company said in a statement to Cruise Critic. No other details were disclosed.

Crystal Esprit joined Crystal Cruises' luxury fleet in 2015 and sailed primarily in the Caribbean, Seychelles, the Middle East and Europe. The ship was known for its butler service and full-service spa and its assortment of watersports toys -- which included an onboard submersible craft.

In a statement, Crystal Cruises said the ship had been a “wonderful part of the Crystal fleet offering a boutique yachting experience unmatched in the industry” and had devoted fans.

"However, as we have been evaluating our focus post pandemic, the single, small yacht concept does not fit into future plans for the company as we continue to concentrate on the successful deployment of our Crystal Ocean, River and Expedition fleets, as well as exploring new builds for expansion," the cruise line said.

Crystal said it was notifying affected passengers and their travel partners, and that those booked on Crystal Esprit sailings would receive either a full refund or future credits equal to 115 percent of the cruise fare paid for use on the company’s other ships.

The officers and crew of Crystal Esprit would be welcomed aboard other ships in the fleet, the line said.

While Crystal parent company Genting Hong Kong ran into some financial issues in 2020, in July 2021 the company said that it had secured new loan facilities of about $700 million.