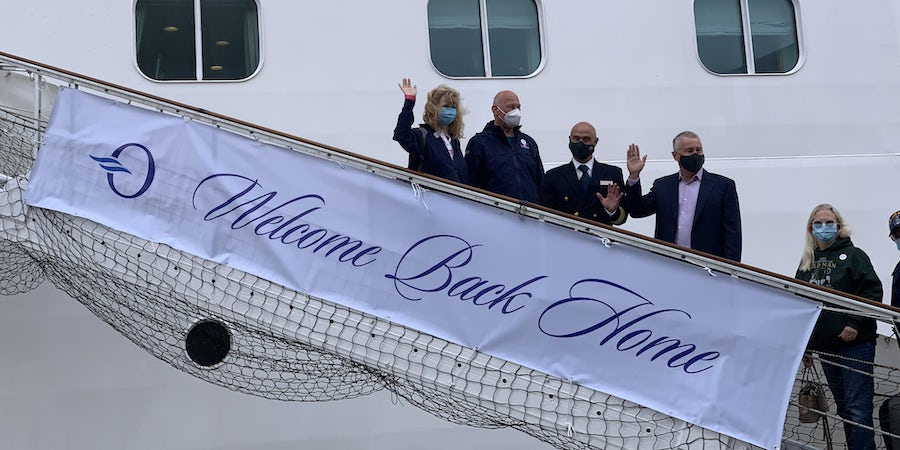 (1:23 p.m. EDT) Oceania Cruises has become the latest cruise line to resume operations as it welcomed its first passengers in 524 days over the weekend.

Passengers embarked Oceania Marina on Sunday from the Port of Copenhagen. Not only was this the first sailing of an Oceania vessel, but Marina also became the first cruise ship to sail from Copenhagen since 2019.

"Today is one of those days we will all remember for a lifetime as we reunite with our shipboard families and our guests to start exploring the world once again," President and CEO of Oceania Cruises Bob Binder said.

Part of the Norwegian Cruise Line Holdings family, Oceania is resuming service with the same stringent health and safety protocols that have been tested aboard Norwegian Cruise Line. These include the mandate for 100 percent vaccinations for passengers and crew onboard all Oceania sailings.

Binder and Captain Luca Manzi welcomed the first passengers to step aboard Marina, who cut a ceremonial red ribbon marking the occasion.

Marina sets out from Copenhagen to ports of call in Germany, Denmark, Sweden, Lithuania, Latvia, Estonia and Finland. The voyage will end in Stockholm, and Marina will spend the rest of the summer and fall on sailings around Western Europe, the Mediterranean and the Greek Isles.

The ship repositions to Miami for the winter, arriving December 1, 2021.

Sister-ship Riviera will be the second vessel to restart, operating a Greek Isles cruise October 18. The smaller Insignia will debut December 21 from Miami, followed by sister Sirena on January 21.

Regatta and Nautica will be the last to launch, returning to service February 5 and April 1, respectively.