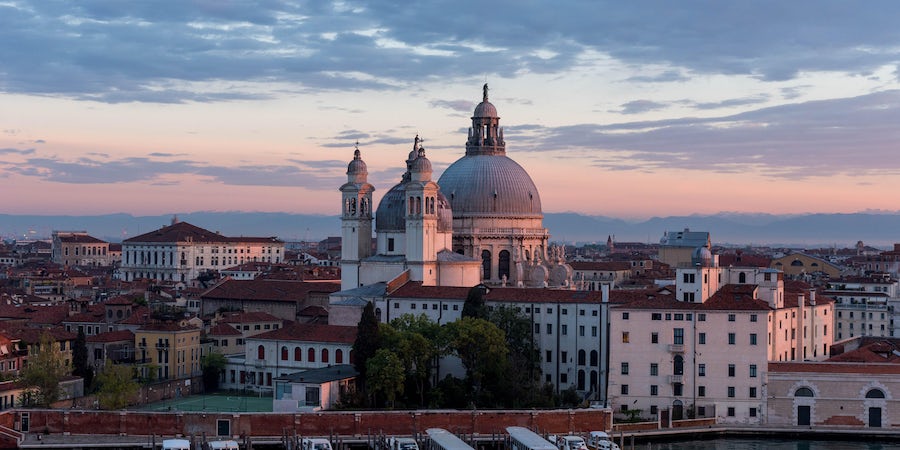 (1:40 p.m. EDT) -- The on-again, off-again relationship between Venice and the cruise industry has been going on for years, though this time, it looks like the two are headed for divorce.

Venetians long-opposed to cruise ships sailing through the city's iconic Lagoon got their wish on August 1, when the Italian government once again banned large cruise vessels from transiting the region.

Unlike the previous bans that were announced to much fanfare by the Italian government only to be quietly dropped later, this one looks like it will stick. UNESCO had warned it was about to place the historic city on the water under its list of endangered heritage cities over its tourism policies.

Venice was added to UNESCO's list of World Heritage Sites in 1987.

For cruise passengers travelling on large ships, the new ban means ships will be prohibited at calling on Venice directly. They will no longer be able to dock at the Venice Cruise Terminal, and will instead have to dock at industrial ports like Marghera.

Marghera, however, cannot accommodate all ships scheduled to sail to Venice. Last year, Royal Caribbean Cruises announced it would begin deploying Rhapsody of the Seas from Ravenna, Italy -- roughly 88 miles (143 kilometers) to the south -- instead of calling on Venice.

A Royal Caribbean spokesperson confirmed to Cruise Critic in an email that it will continue to use Ravenna as a turnaround port.

Cruise lines are slowly beginning to notify customers of changes to their itineraries. The move does mean that cruisers will have to think about transportation options, as Venice is still the major airport in the region.

Cruise Critic members booked on sailings aboard Azamara Quest this fall had their embarkation port changed from Venice to Trieste -- some two hours away.

"Hoping it would not be the case, but our embarkation port has been changed to Trieste," writes laurieb. "Boarding the Quest on October 19th; the cruise prior to us has also been changed."

"I've checked Trenitalia.com regarding schedules and prices," writes Dr. H. "At best, Trieste is a 2hr ride into Santa Lucia, and frequently it's up to 3 hours, and runs about 20 Euro round trip 2nd class."

"For those who have experienced Venice many times Trieste is an interesting new port," writes Mrs. Miggins. "We visited several years ago.  The Miramare was lovely. Wonderful main square overlooking the sea."

The ban does not apply to river cruise ships in Venice. Uniworld has an itinerary on its new ship La Venezia that spends several days in Venice before traveling on the Po River.

Cruise Critic has reached out to several lines for comment and will update this story with more information as it becomes available.