You may also like
Dismiss
Coronavirus: Updated Cruise Ship Policies and Cancellations Because of COVID-19 (2021)
Live From Royal Caribbean's Odyssey of the Seas: Why You'll Never Be Bored on This Cruise Ship
"Cruising With…" Set to Return Next Year -- But Without Jane McDonald
Disney Wish To Feature New Onboard Entertainment Firsts from Disney Cruise Line
NCL Reveals More Dining, Design Details on New Cruise Ships Norwegian Prima and Norwegian Viva
These Ships Are Coming Back To The U.S. in 2022: Here’s Why You Should Care
Are Cruise Lines Increasing Gratuities in 2023?
A 'Thor: Love and Thunder' Cameo That Gets Cruise Fans Excited
Royal Caribbean Showcases New Icon of the Seas Cruise Ship with 'Making an Icon' Video Series
Just Back From Allure of The Seas' Maiden Galveston Sailing: Hits and Misses 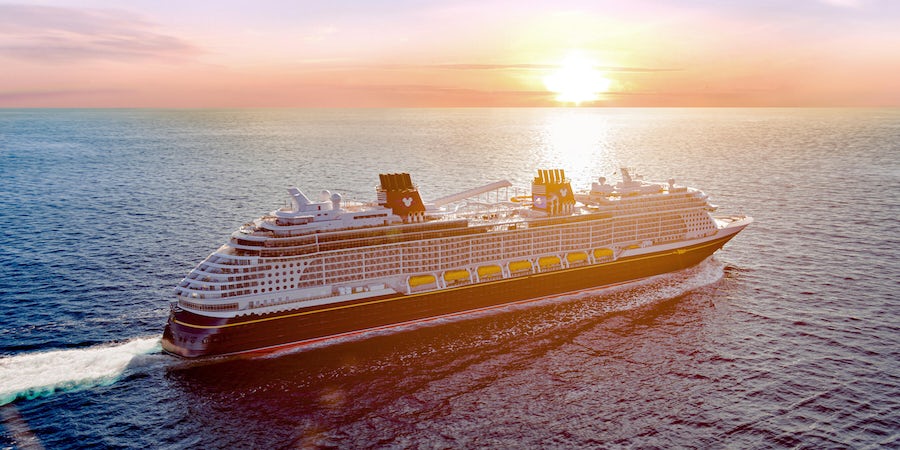 (11:30 a.m. EDT) When designing a brand-new cruise ship from scratch, you might not guess that storytelling would play such an elemental role, but that core principle seems to undergird all things Disney -- and Disney Cruise Line’s latest ship, Disney Wish (set to debut in June 2022), is no exception.

Earlier this month, Disney invited Cruise Critic to learn more about the newest on-board fusions of technology, creativity, and storytelling that will shape the experience aboard Disney Wish. Notably, we learned about its forthcoming "Disney Uncharted Adventure": an interactive multiplayer quest-style game referred to by Disney’s Imagineers as a “hidden layer of magic” within the brand-new spaces onboard Disney Wish.

Disney Uncharted Adventure builds upon the popular interactive Midship Detective Agency adventures prior Disney passengers might have played onboard Disney Dream and Disney Fantasy (an experience where you could use your MagicBand to awaken portraits around the ship, each giving you clues along the way to help solve mysteries).

“Interactive storytelling is something we’ve been playing with over the last 10 years or more,” said Davey Feder, software product manager with the Walt Disney Imagineering team. “The technology is really just enabling us to tell stories in a new way. We wanted to [create] an adventure that could only take place aboard a Disney ship.”

Disney Uncharted Adventure begins before families set foot onboard Disney Wish. They receive a message from Captain Minnie and Mickey to set the stage for their upcoming cruise, introducing the idea of a magical spy glass (also known as a cell phone), which can be used to view a Disney-fied night sky. Important to note: at the center of the sky is a Wishing Star.

As the story goes, once on board, something terrible happens to the Wishing Star: it shatters. The rest of the cruise becomes an opportunity for families to work together on mini quests to “set the universe right” by restoring the star to its rightful place in the sky, said Feder.

Guests will have their choice of embarking on several quests inspired by classic Disney and Pixar films, including "The Princess and the Frog", "Finding Nemo", and "Moana".

On each quest “there are multiple stops throughout the ship that bring the characters and films to life in some way,” said Feder. “These are interactive mini-game experiences designed to be a multiplayer [experience] for the whole family. They are designed to be quick and easy -- we want everybody working together. It’s designed to be very cooperative.”

Though each participant will need a cell phone in order to play, no special technical know-how or paid internet connection is required to take part in Disney's new Uncharted Adventure aboard Disney Wish. Quests might appear on ship artwork, or on otherwise commonplace signage, which comes alive with a swipe of your magical spyglass.

Cruise Critic played an early test version of a game with Princess Tiana from "The Princess and the Frog", helping her to assemble a list of ingredients to make her famous gumbo. Cell phones-turned-spy glasses were transformed into measuring cups to pour and spoons to stir the ingredients, with Tiana’s encouragement.

One of the cleverest bits of this technology -- of which cruise passengers likely won’t even be aware -- is that it’s designed to optimize crowd control, using sophisticated tracking technology to send passengers to less populated areas of the ship, meaning that each family’s quest will follow a unique route.

And after completing some, all, or even none of the quests, the entire ship can come together on the final date of the voyage for a community experience, which may or may not involve an epic battle with a certain sea witch.

“I won’t spoil exactly what happens, but this will give families an opportunity to see themselves as the hero,” said Feder.