You may also like
Dismiss
Hurricane Lorena in the Pacific Ocean Causes Cruise Ship Itinerary Changes
Coronavirus: Updated Cruise Ship Policies and Cancellations Because of COVID-19 (2021)
What Happens to Cruise Ships During the Pandemic's Hurricane Season?
Rolling Out the Deals: Why Now Might Be a Great Time to Book a Cruise
Marella Cruises Reveals New 2021/22 Itineraries to the US, Caribbean and Asia
Royal Caribbean's Anthem of the Seas Cruise Ship to be Based in Southampton in 2021
Popular Royal Caribbean Cruise Ship To Homeport From Barbados For First Time
P&O Cruises Restarts Cruising For First Time in 15 Months on Britannia
Royal Caribbean, Celebrity Drop Cruise Vaccination Requirements for Select Homeports
Just Back From Allure of The Seas' Maiden Galveston Sailing: Hits and Misses 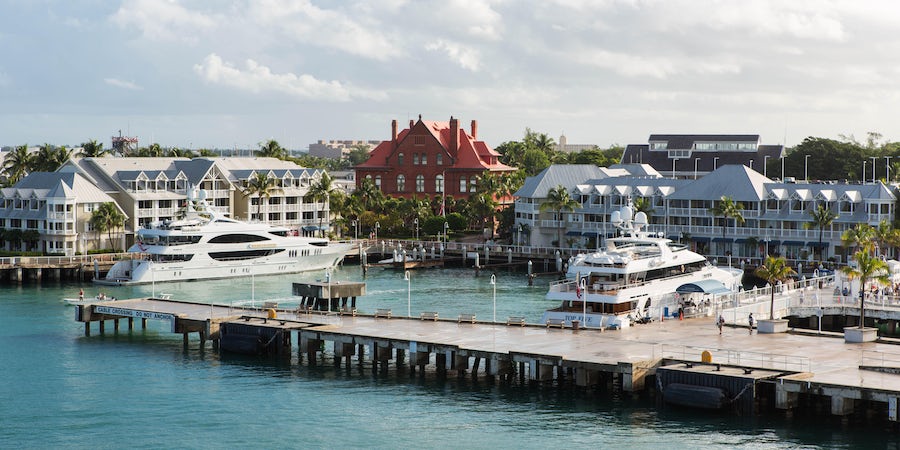 (1:50 p.m. EDT) Carnival Cruise Line notified travel agents this week that it has made changes to itineraries on several ships for September, including eliminating port calls at Key West and Grand Turk.

The cruise line told booked guests in a letter that “destination requirements are continuing to evolve,” necessitating the changes. Instead, Carnival has added a call at the Bahamian island of Bimini.

Carnival did not disclose the exact reasons for the itinerary change.

Key West may be off the list due to its recent efforts at limiting the majority of cruise ship traffic it sees. Pre-pandemic, Carnival was visiting Key West as many as three times a week. Last November city voters overwhelming approved three ballot initiatives to curb cruise traffic.

In late June Florida Governor Ron DeSantis signed a law that effectively overturns the election results. Since then, city officials have been looking at other ways to set limits, reported the Miami Herald.

Grand Turk, a popular port where Carnival Cruise Line has its own private beach resort, remains closed to cruise ships.

Carnival made its inaugural call at Bimini on July 23 with the Carnival Horizon visiting the island’s new port, Resorts World Bimini Cruise Port, which is owned by Genting Group, owner of Crystal Cruises. The port includes a beach resort, hotel, lagoon-style swimming polls and casino.

The updated itineraries have Carnival's newest ship, Mardi Gras, dropping Grand Turk and instead sailing on its seven-day eastern Caribbean itinerary on September 11 and 25 and October 9 and 23 to San Juan, Amber Cove (in the Dominican Republic) and Nassau.

Carnival Dream will sail from Galveston to Freeport, Half Moon Cay and Nassau in the Bahamas on its eight-night sailing embarking September 25. A planned stop in Key West has been dropped.

From Galveston, Carnival Vista will do Western Caribbean itineraries embarking September 4 and 18 and October 12, 16 and 20, that will call at Mahogany Bay (Roatan, Honduras), Belize and Cozumel. The original itineraries included Montego Bay and Grand Cayman. Grand Cayman is closed to cruise ships this year.

Other itineraries remain as scheduled at this time. Cruise Critic will update this article with more information as it becomes available.