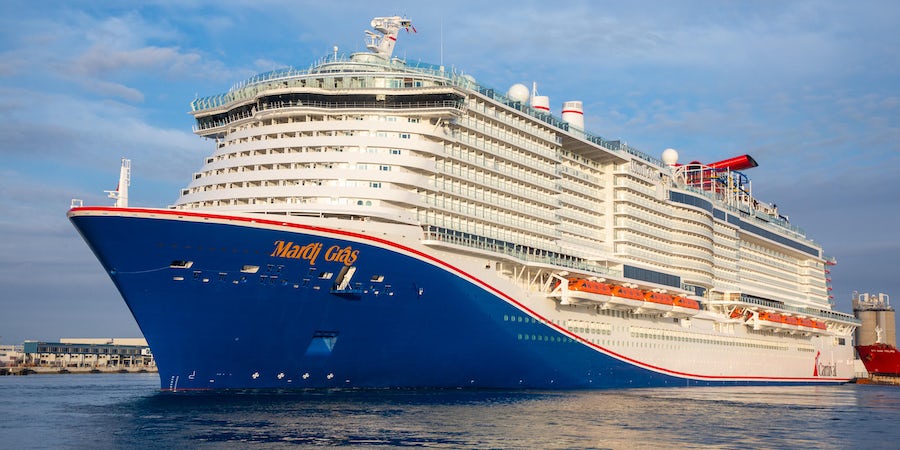 Carnival Set to Launch Its Largest-Ever Cruise Ship, Mardi Gras - Rollercoaster and All

There are signs the brand is going more upscale with this ship -- including with the introduction of new top-end suites, which have previously been something of an afterthought on Carnival. But what everybody is likely to be talking about is the rollercoaster onboard.

BOLT: The Ultimate Sea Coaster is the first rollercoaster at sea. Guests will sit in motorcycle-like cars to ride the 800-foot-long track, tricked out with twists, dips and turns -- including a hairpin turn around the ship’s funnel. Speed freaks may hit the throttle to go up to 40 mph, but those seeking quieter thrills can also control the speed to their liking.

In the themed zone called The Ultimate Playground, passengers will also find Carnival favorites such as waterslides (five on this ship!), a ropes course, mini-golf and a sports court.

The 180,000-gross-ton Mardi Gras is 1.5 times the size of Carnival’s next largest ship, Carnival Horizon. It’s also mammoth compared to its namesake ship, the original 1,240-passenger TSS Mardi Gras, which first set sail from Miami in 1972.

John Heald, Carnival’s brand ambassador, joked about the ship's size in a preview video where he showed off Deck 12. “I just can’t get over how plush every corridor feels from Deck 1 all the way up to Deck 374,” he said. “Mid ship on this ship is the length of the Carnival Fantasy. It’s crazy.”

Making use of the extra space, Carnival created six themed zones, which in addition to The Ultimate Playground include Grand Central, a new atrium concept for the line, complete with its own theater for aerial acts (there’s also a main theater) and views through three decks of glass.

In the Italian-themed La Piazza, guests can pose for photos in front of a 1972 Fiat. In the French Quarter, there’s a live jazz club and celebrity Chef Emeril Lagasse has his first shipboard bistro – with a menu that includes raw oysters, jambalaya and po’boys, for a fee. You can even do breakfast with “Bam!”

The other zones are the Summer Landing and Lido.

In addition to Emeril’s Bistro 1396, guests can indulge in food from around the world at the new outdoor Street Eats, inspired by food trucks. For quick eats there’s a Shaq’s Big Chicken and for leisurely indulgence Rudi’s Seagrill -- developed by Holland America Line’s consulting Master Chef Rudi Sodamin (Holland America is, like Carnival, also part of Carnival Corp.). These are among 22 dining options onboard Mardi Gras that also include the addition of lite fare in the atrium.

Another upgrade is the suites passengers will find on Mardi Gras. There are more on this ship than any other Carnival ship. At the top end, big spenders can splurge on Excel Suites featuring their own private outdoor plunge pools. Excel Suite guests also get access to Loft 19, the ship’s private, cushy sundeck. They’ll have to pay, though, if they want to luxuriate in a cabana -- offered at $2,000 a week.

But egalitarian Carnival has not forgotten everyone else. In all staterooms, the brand has made significant upgrades as well. For instance, plastic shower curtains have been replaced with glass shower doors.

Mardi Gras makes its debut sailing on July 31, and Cruise Critic will be reporting live onboard. Stay tuned for more coverage of this new and exciting ship.