You may also like
Dismiss
Coronavirus: Updated Cruise Ship Policies and Cancellations Because of COVID-19 (2021)
Maine Opens to Overnight Cruises, Negative COVID-19 Test Required
Just Back From Hurtigruten's Finnmarken: The First Cruise Ship to Set Sail, Post-Covid
Norwegian, Royal Caribbean Team Up To Create Cruise Health and Safety Protocols
Hurtigruten Ramps Up Return to Cruising With Most of the Fleet in Service by September
Two UK Cruise Lines First to Restart Cruising in the UK
Rolling Out the Deals: Why Now Might Be a Great Time to Book a Cruise
Cruising the Newest Ship Afloat: Live From Celebrity Apex
Another Big Week for Cruising in England as More Ships Set Sail, Arrive For Restart
Norwegian Breakaway Cruise Ship Returns To New York: We Chat With NCL President Harry Sommer 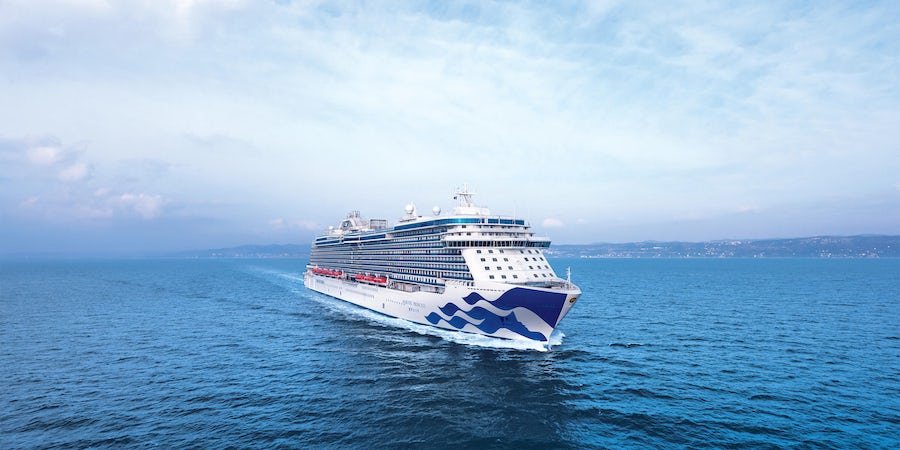 (4:45 p.m. EDT) -- After a more than 16 month pause, Princess Cruises and Holland America Line, both part of the Carnival Corporation portfolio, resume sailing roundtrip between Seattle and Alaska this weekend with Nieuw Amsterdam and Majestic Princess setting out July 24 and July 25 respectively.

"We couldn't be more excited about bringing people back to Alaska," Carnival Corporation CEO and President Arnold Donald said at a celebratory event today outside the cruise terminal on Seattle's Pier 91. "Alaska is a place that appeals to everyone. It's still a place of wonder and adventure. It's a magical place for so many of us, and I thank everyone here for bringing all of that back."

The partial season of Alaska sailings will run from July 25 through early September. Both ships will sail at about 65 percent capacity this weekend, working their way to full capacity over the next few weeks.

While the season is truncated, "It means everything in the world to be starting," said Gustavo Antorcha, president of Holland America Line. "It's great that it is now, and we look forward to the first voyage. It has been a long road -- close to 18 months -- but we're here and were ready."

While many improved health and safety protocols are in place onboard, "Guests will experience the cruises much like normal," Holland America Group President Jan Swartz said.

Following CDC guidelines, guests and crew will be vaccinated. And while masks might be required in some places, such as in cruise terminals, "for the most part during the cruise, guests will not be required to wear masks," Swartz said. "Guests will have the usually array of culinary experiences and entertainment options that include, for both lines, a focus of bringing the spirit of Alaska onboard the ships as well."

For its part, the Port of Seattle is working closely with Princess Cruises and the Holland America Line on health and safety protocols to minimize potential COVID-19 outbreaks on cruise ships. The port also worked with public health officials and federal leaders to secure temporary authorization for cruise ships leaving Seattle to sail directly to Alaska without a stop in Canada, previously restricted under the Passenger Vessel Services Act.

The port also made terminal safety enhancements that include upgraded ventilation, the installation of touchless fixtures in restrooms and at water bottle filling stations, touchless check-in and passenger processing where possible, and improved signage.

The protocols and schedules are important for health and safety, of course, but also for the economies in Washington and Alaska. According to the Port of Seattle, prior to the pandemic, the cruise industry supported 5,500 jobs in Seattle and generated almost $900 million in economic impact, with each homeported cruise vessel generating over $4 million for the local economy. In Alaska, before the pandemic, the cruise industry brought in over $3 billion a year.