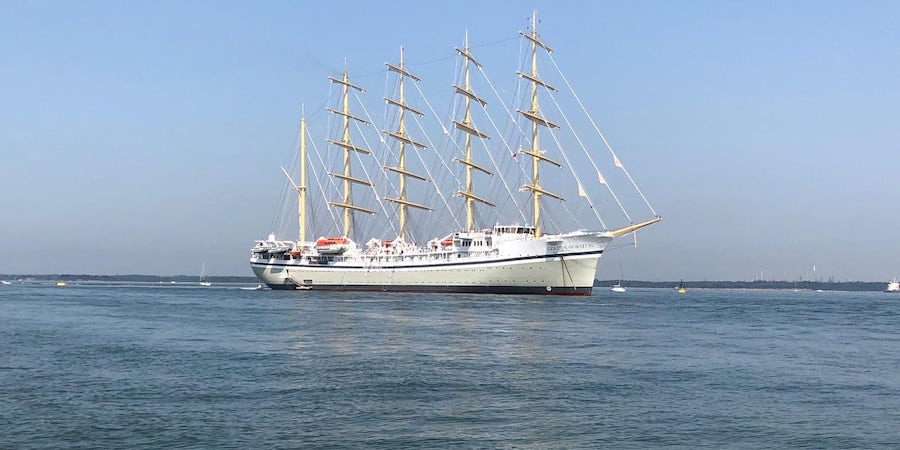 (11 a.m. EDT) -- The largest square-rigged sailing vessel in the world, Golden Horizon, set sail on its rescheduled inaugural voyage on Monday, despite recent cancellations and even an "arrest" at the Port of Dover.

The 272-passenger luxury ship departed for the five night cruise with a limited capacity of 136 passengers on board due to government restrictions, and is scheduled to call at Cowes and Plymouth before returning to Dover.

Operator Tradewind Voyages requires all guests on the ship to be double vaccinated; lateral flow Covid tests were also performed on guests on arrival at Dover.

"To captain a ship like this has been a dream ever since I was a child,” Captain Mariusz Szalek told Cruise Critic. "We are offering an experience you cannot have anywhere else -- you can see and feel the ocean."

The UK-based line hasn't had the smoothest of starts, with some of its first departures having to be rescheduled due to ongoing UK and Scottish government restrictions, and "operational issues" said to affect the guest experience.

This included the original round-Britain inaugural cruise which was scheduled to sail from Harwich to Leith, and two "dress rehearsal" sailings.

Further drama beset the line when, just before beginning its maiden four-night voyage last week, the ship was put under "arrest" at Dover following a financial dispute between the original owner Star Clippers and the Croatian shipyard where it was built.

Tradewind Voyages was quick to make assurances that there were no outstanding debts, and the ship eventually continued its voyage the following afternoon.

With a guest-to-staff ratio of 2:1, Golden Horizon aims to sail up to 70 percent of each season powered by the wind. Features include a three deck restaurant, a marina/watersports platform, dive pool, spa and gym.

The ship will be sailing in the UK until August; it will then sail in the Mediterranean including the Balearics and Croatia.