You may also like
Dismiss
Small Cruise Ships Growing More Popular But Face Shipyard Issues and Delays
Which Cruise Ships Will Be Scrapped Or Taken Out of Service Because of the COVID-19 Pandemic?
Fred. Olsen Cruise Lines' New Ship Borealis Joins Rest of the Fleet in Rosyth
Princess Cruises Moves Up Transfer of Two Ships To P&O Australia
Burning Questions: What We Want to Know After Reading the CDC's New Cruise Order
Out to Sea: Keeping Tabs on the Global Cruise Fleet
British Isles Cruise Deals: 2021 Summer "Seacations"
Golden Horizon Ship Sets Sail on Inaugural Cruise
Just Back From: A Cruise Onboard The World's Largest Square-Rigged Sailing Ship
Crystal Cruises Ceases Operations, Lays Off Shoreside Staff 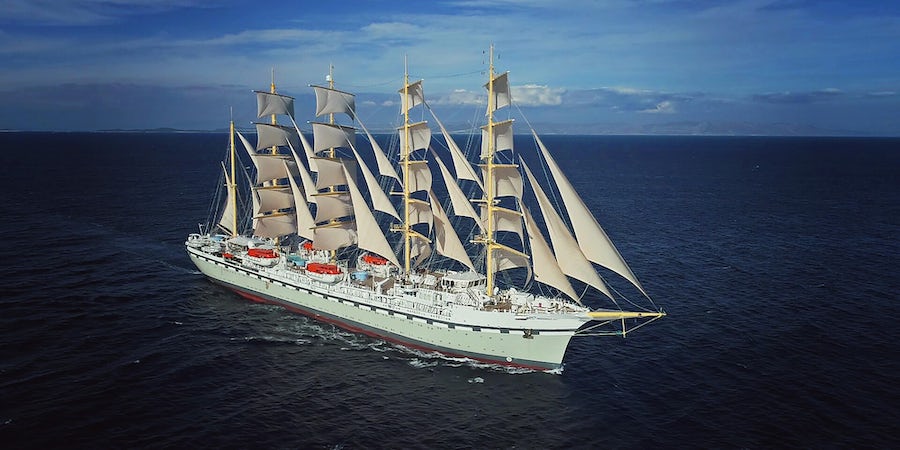 Tradewinds Ship Arrested in Dover at Request of Star Clippers

(Updated 12:20 p.m. EDT) -- The debut ship for Tradewind Voyages has been arrested today in Dover, England at the request of small-ship sailing line Star Clippers.

On Friday, Tradewind Voyages confimred to Cruise Critic the ship had been released and is continuing with its program of sailings as planned after it offered payment to Star Clippers.

Golden Horizon -- which had just completed a short preview cruise and was due to set out on its maiden voyage on Monday -- has been the subject of much wrangling between new upstart Tradewind and Star Clippers, which initially ordered the vessel.

"Earlier today, the English authorities have, upon instruction of Star Clippers...arrested the vessel Golden Horizon," Star Clippers confirmed to Cruise Critic in an emailed statement.

Originally to be built as Flying Clipper by Croatia's Brodosplit shipyard, Golden Horizon was made a part of newly-formed Tradewind Voyages after negotiations between Brodosplit and Star Clippers faltered. The latter has been trying to get the sailing ship built since 2017, but its construction was beset by delays and technical issues.

Brodosplit 483 -- the technical shipyard name for the vessel -- is being held in Dover over damages awarded to Star Clippers founder Mikael Kraft, to the tune of 13 million euros. Brodosplit Group will reportedly need to pay seven million euros to have the ship released.

Star Clippers made good on its word, telling Cruise Critic Friday that initial payment had been recieved from Tradewind Voyages.

For its part, Tradewind says nothing has changed, telling UK journalist Dave Monk late Thursday that Golden Horizon's voyages will continue as scheduled.

Golden Horizon left Dover Friday on a weekend cruise in advance of its Monday maiden voyage.