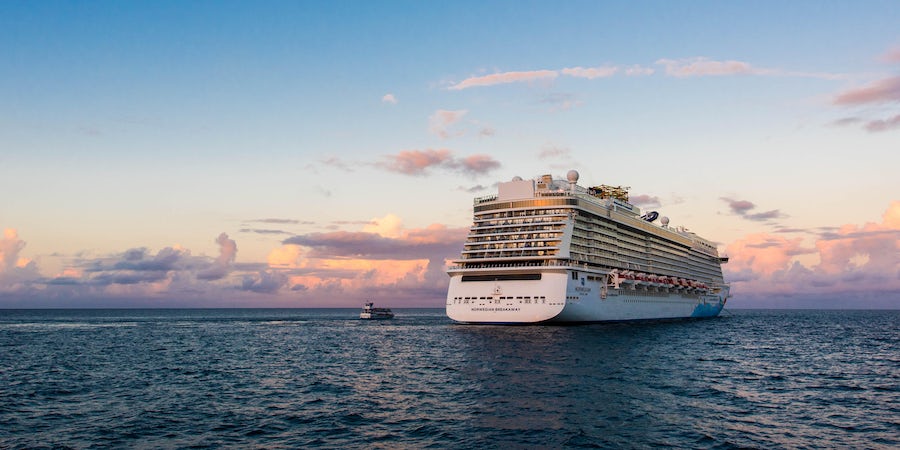 (5:10 p.m. EDT) -- Norwegian Cruise Line Holdings filed a motion Tuesday for a preliminary injunction against the state of Florida, calling on the U.S. District Court for the Southern District of Florida to invalidate the state's law that prohibits businesses from requiring patrons to confirm vaccination status.

Norwegian Cruise Line Holdings has committed to operating its cruises from Norwegian, Oceania and Regent Seven Seas on a 100 percent vaccinated basis only up until at least October 31, 2021. Under current Florida law, NCLH would be prohibited from doing so, and would be forced instead to adopt voyages requiring a mixture of vaccinated and unvaccinated passengers.

In an unprecedented move, NCLH, one of the key operators from PortMiami, has filed suit against the state it does the bulk of its business in.

"With our extensive planning and preparation, we are ready to resume sailing from Florida ports on August 15, 2021," Norwegian Cruise Line Holdings wrote in a statement to media sent out by its legal team.

"Unfortunately, despite our best efforts we have been unable to reach a reasonable and mutually agreeable solution with the state of Florida that would allow us to require documentation confirming guests' vaccination status prior to boarding. Despite the ongoing global pandemic and the accelerating spread of the Delta variant, Florida continues to prohibit us from requiring vaccine documentation, which we believe would enable us to resume sailing in the safest way possible."

In its formal complaint against the state, NCLH asserts Florida has put it in a no-win situation. Either the line resumes sailings on what it feels is the wrong side of accepted health and safety practices around COVID-19, or it continues to mandate the full vaccinations that are present on its sailings from other U.S. ports, including Seattle, where the line resumes service August 7, 2021, and risks running afoul of Florida state law.

"NCLH is duty-bound to protect the health and safety of its personnel and passengers, as NCLH can and will by requiring proof of vaccinations, yet NCLH cannot afford to expose itself to prosecution by Florida and crushing penalties of up to $5,000 per passenger, as it would by requiring vaccine documentation in the present posture," the complaint submitted by NCLH reads.

Norwegian Warns It Will Not Be Able to Sail from Florida as Things Stand.

In its filing, Norwegian Cruise Line Holdings cautions that if the Florida state law against requiring proof of vaccination is upheld against NCLH, it will be unable to operate its sailings from the State as planned next month.

"NCLH will not be able to sail as it has assured its passengers (who overwhelmingly support vaccination and documentation of same) it is otherwise poised to do," the complaint reads. "The result would be a devastating, unrecoverable loss for everyone -- not only for NCLH's business but also for tens of thousands of passengers, employees, and stakeholders who all benefit from NCLH resuming safe operations as planned."

The complaint points out the state of Florida should be glad to see the economic benefits of a successful return to cruise as home of the cruise capital of the world, noting that "no one will suffer from passengers simply confirming that they have been vaccinated."

It also points out that many ports typically visited by cruise itineraries departing Florida would be affected without vaccination mandates at the port of embarkation.

"Requiring vaccination for passengers and crew is consistent with the vaccination protocols required by foreign ports where NCLH is scheduled to visit. NCLH has scheduled several upcoming voyages to foreign ports that require proof of vaccination to enter without testing, including Belize, Bahamas, British Virgin Islands and Honduras."

Under Florida's current guidance, the only way for cruise lines to resume operations from Florida homeports is to not mandate vaccinations from passengers. Other cruise lines have found creative ways to get around this, including barring non-vaccinated passengers from certain public rooms and mandating the purchase of additional-cost testing, shore excursions and insurance.

Cruises that are not fully vaccinated also need to apply for, and be granted, test cruise and restricted operations certificates by the U.S. Centers for Disease Control and Prevention prior to embarking on any revenue voyages.

The state of Florida, meanwhile, has sued the U.S. CDC over its long-standing Conditional Sail Order that requires cruise ship operators to adhere to enhanced health and safety protocols. While the legal wrangling continues over that one -- with Florida looking like it will come out victorious over the CDC -- Gov. Ron DeSantis has alternately supported and come out swinging either for or against the cruise industry, leaving industry watchers confused.

After railing against allowing ships into Florida ports of call in March 2020 under the grounds they could be infected and carry "foreigners," DeSantis swiveled in support of the industry this past spring, calling on the CDC to allow cruises to resume.

But his mandate that Florida businesses can't ask for proof of vaccination -- a key component of most cruise operators' return-to-sail programs -- has gone over poorly with NLCH boss Frank Del Rio, who mused on an earnings call in May that he might have to find other homeports to operate from.

DeSantis then belittled the line, implying it was small and easily replaced, according to the Orlando Sun-Sentinel.

"Norwegian's not one of the big ones, by the way," DeSantis said.

Norwegian Cruise Line Holdings is the third-largest cruise operator in the world.

Under the terms of the injunction, NLCH is requesting the courts to rule by August 6, in advance of the company's August 15 restart date in Florida.

Any favorable ruling would apply only to Norwegian Cruise Line Holdings brands, though the courts could rule in favor of the entire industry, or other companies -- like Carnival Corporation and Royal Caribbean Group -- could request the same privilege be extended to them as well.

In its filing, NCLH obtained declarations from various professionals, including one who cited Cruise Critic's own survey showing readers overwhelmingly support cruises with vaccination mandates for passengers and crew.

"A separate May 2021 survey of over 5,000 readers of Cruisecritic.com recently found that 80 percent of likely cruisers prefer to resume sailing on ships that require vaccinations," Jukka Laitamaki said in Norwegian's complaint filing. "Of the 80 percent who favor vaccinated ships, 89 percent said they would feel more safe sailing on a ship with fellow vaccinated travelers, and 69 percent said they want a more traditional cruise experience, without masks, social distancing, or testing requirements.

"Just 14 percent of the respondents said they would prefer to sail on a ship without a vaccine requirement, and seven percent said they had no preference."

Cruise Critic will monitor this story and update this article with more information as it becomes available.