You may also like
Dismiss
Coronavirus: Updated Cruise Ship Policies and Cancellations Because of COVID-19 (2021)
Hurtigruten Ramps Up Return to Cruising With Most of the Fleet in Service by September
Royal Caribbean's Anthem of the Seas Cruise Ship to be Based in Southampton in 2021
Popular Royal Caribbean Cruise Ship To Homeport From Barbados For First Time
P&O Cruises Restarts Cruising For First Time in 15 Months on Britannia
Another Big Week for Cruising in England as More Ships Set Sail, Arrive For Restart
Norwegian Breakaway Cruise Ship Returns To New York: We Chat With NCL President Harry Sommer
U.K. Black Friday & Cyber Monday Cruise Deals -- Extended
MSC Cruises Extends Seasons of MSC Virtuosa Cruise Ship in the UK, MSC Bellissima in Dubai
These Ships Are Coming Back To The U.S. in 2022: Here’s Why You Should Care 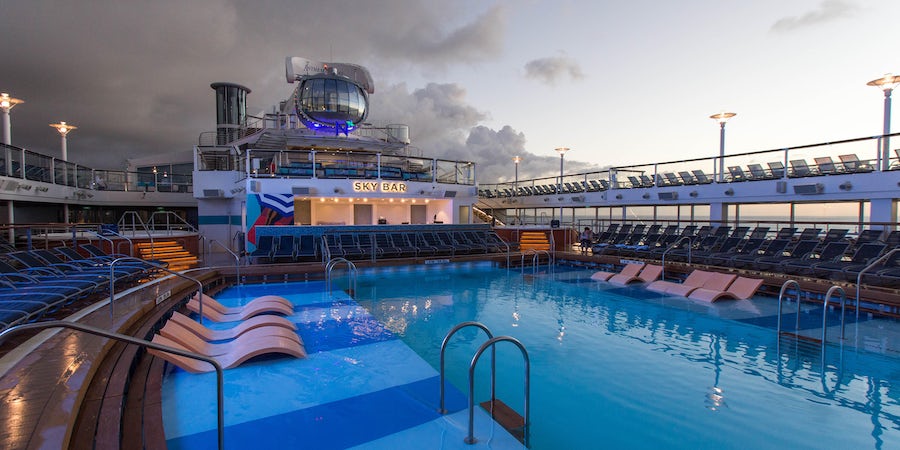 Anthem of the Seas pool

Anthem of the Seas pool

(5:45 p.m. EDT) -- Summer is here, and cruise ships are gearing up for an operational restart all over the world. This week, we track three noteworthy ships that are preparing for their glorious entries -- or re-entries -- into service.

Costa Cruises' newest vessel, Costa Firenze, made its debut this week, with its maiden voyage scheduled to depart on July 4 on an all-Italian itinerary.

Designed to pay homage to the Renaissance city of Florence, Costa Firenze also represents a unique partnership between Costa and the city, with Costa contributing to the restoration of Dante's plaques to mark the 700th anniversary of Dante Alighieri's death.

Throughout the ship, Florentine motifs are present, including its spectacular "Piazza della Signoria" atrium.

Costa Firenze sets out on July 4 to visit Savona, Civitavecchia (Rome); Naples, Catania, Palermo and Cagliari. In late July, the ship will also sail to Valetta, Malta; and in September, calls to Marseille, France and Barcelona, Spain will be added.

Anthem of the Seas Arrives in Southampton

The English port city of Southampton was the scene of a bright sight emerging through the drippy weather this past week.

Anthem of the Seas sailed proudly into the city on June 29, under overcast skies and precipitation. The ship will shortly commence a season of cruises exclusively for the UK market, including four night "Ocean Getaways" and five-to-eight-night British Isles cruises that call on iconic ports like Liverpool, Kirkwall and Belfast.

"Anthem of the Seas has always been a firm favourite for UK guests, and we have seen incredible demand for our sailings since announcing our return in March," said Ben Bouldin, vice president, EMEA, Royal Caribbean. "With a jaw-dropping lineup of onboard activities, restaurants and entertainment, Anthem presents the perfect getaway this summer. We can’t wait to welcome families back on board one of the most revolutionary ships in our fleet for a summer of adventure."

Norwegian Encore Heads Across the Pacific

Cruise Critic members have also been tracking Norwegian Cruise Line's Norwegian Encore across the Pacific as it heads for Seattle prior to the start of its Alaska cruise season on August 7.

"Encore is going to arrive in Seattle in a few days," writes Oceansaway17 "Right now, she is entering Alaska waters way over on the western tip. Should be in Seattle perhaps the weekend."

Norwegian Encore isn't the first ship of the season to sail from Seattle to Alaska, but it does have several other distinctions. It is the first time that the 2019-built ship has visited Alaska or Seattle, and its departure on August 7 marks the first time a Norwegian Cruise Line ship will have sailed from a U.S. homeport in nearly 17 months.

As of this writing, Norwegian Encore is sailing eastbound at 13.6 knots, and is expected to arrive in Seattle on the morning of July 5. It will become the third large cruise ship to arrive in the city, behind Royal Caribbean's Ovation of the Seas and Serenade of the Seas, which berthed in the city this past week.