You may also like
Dismiss
Just Back From Hurtigruten's Finnmarken: The First Cruise Ship to Set Sail, Post-Covid
Norwegian, Royal Caribbean Team Up To Create Cruise Health and Safety Protocols
Can a River Cruise Still be Fun in the Age of Covid-19?
Swan Hellenic to be Relaunched As New Expedition Cruise Line
Costa Cruises Becomes First Carnival Corp. Brand to Restart Cruising
Cruising the Newest Ship Afloat: Live From Celebrity Apex
Live From Celebrity Edge: A Cruise That Seems Normal Again; "I'm So Hopeful"
Norwegian Breakaway Cruise Ship Returns To New York: We Chat With NCL President Harry Sommer
The 2022 Atlantic Hurricane Season is Here: What Cruisers Need to Know
Just Back From Allure of The Seas' Maiden Galveston Sailing: Hits and Misses 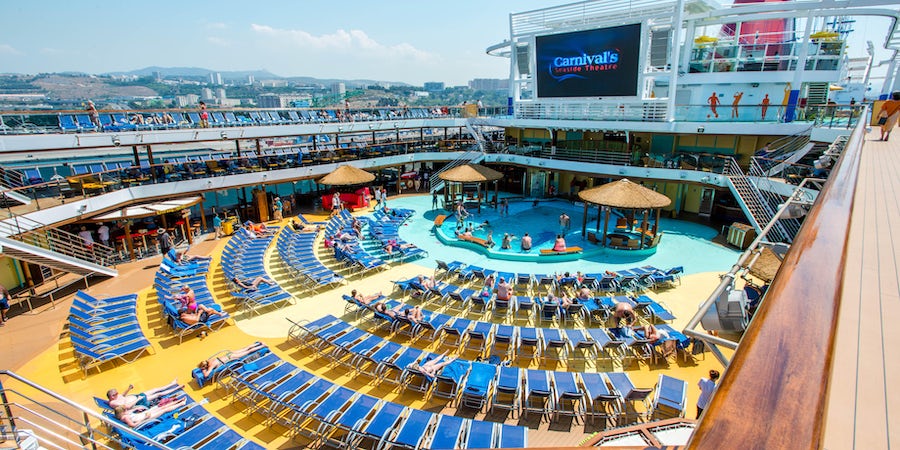 (Noon EDT) -- Self-serve buffets will not be made obsolete post-pandemic, at least on Carnival Cruise Line ships.

Passengers booked on July and August sailings will still be able to pile their own plates with items from the salad bar, Carvery, deli, Asian station, pasta bar and other options at the line's Lido Marketplace themselves.

The move follows the U.S. Centers for Disease Control and Prevention advice which states the elimination of self-service buffets and drink stations were now only recommendations -- not mandates -- on ships with fully vaccinated travelers. Carnival ships will be sailing with 95 percent of passengers fully vaccinated

The announcement came from Carnival Brand Ambassador John Heald, in a live video appearance on Facebook on Wednesday.

Heald said Carnival had a big decision to make, self-service or not, and went for the former:

"Because the crew are all vaccinated and because 95 percent of guests are double vaccinated as well, and after all the professional advice we have taken, the buffets… are going to be exactly as they were, meaning you will serve yourself," Heald said.

Crew members will be on hand to remind guests to wash their hands before they enter the buffet line, he added. "Put on the hand sanitizer and then you can serve yourself from the buffet line. And that also includes the ice cream machines, coffee, everything else on the lido deck, there. You will not see anything different."

Heald noted that the self-serve policy will be in place for startup cruises, but could later change.

Carnival Vista will mark Carnival’s return to cruising since March 2020 when it sails from Galveston on Saturday.

In an aside, Heald also noted on the same chat that he is currently stuck in England after being denied boarding at Heathrow Airport to fly out and join the ships, due to the Delta variant in the U.K.