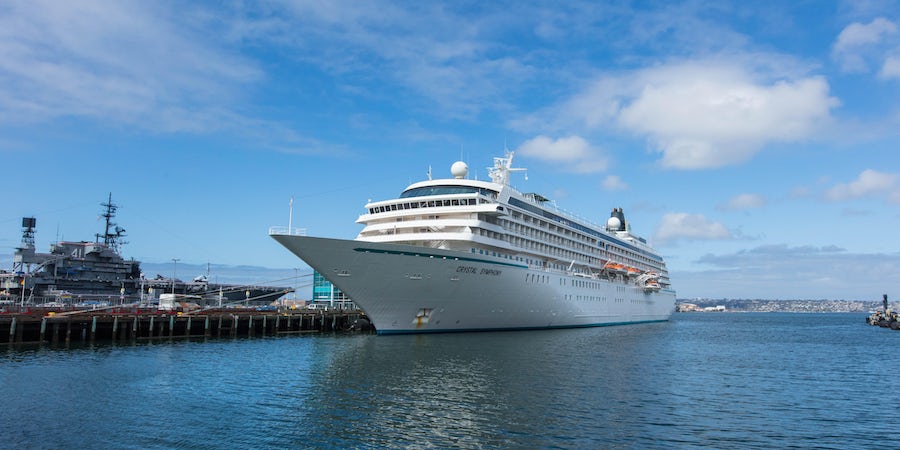 (Updated 10:45 a.m. EDT) -- Crystal Cruises has cancelled its recently-announced Caribbean cruises from Antigua and St. Maarten, opting instead to debut new cruises to Bermuda from Boston and New York.

The Caribbean sailings -- which were announced in early April and were set to begin aboard Crystal Symphony in August -- were cancelled due to "ongoing uncertainty regarding ports of call and availability of adequate airlift," Crystal noted in a statement.

The cancellations affect all Crystal Symphony voyages planned from both Antigua and St. Maarten departing between August and December 2021.

On July 13, Crystal announced it would instead deploy Crystal Symphony on new voyages to Bermuda from Boston and New York. Sailings to Boston begin on August 22, 2021 before the ship relocates to New York's Manhattan cruise terminal starting on September 24. These sailings will offer two full days and nights in Bermuda, and are now open for booking.

“We would like to thank our friends in Antigua, St. Maarten and the Caribbean for their partnership as well as their understanding as we make this change,” Crystal president Jack Anderson said in a statement. “We look forward to calling on these wonderful destinations, as we always have, in future deployments.”

"However, the recent positive developments of ships sailing from U.S. ports have prompted U.S. travelers to show an increased preference for more direct access to luxury cruise options, and we do plan to announce a new deployment for Crystal Symphony close to home later this week. We will keep you updated with details when they are finalized."