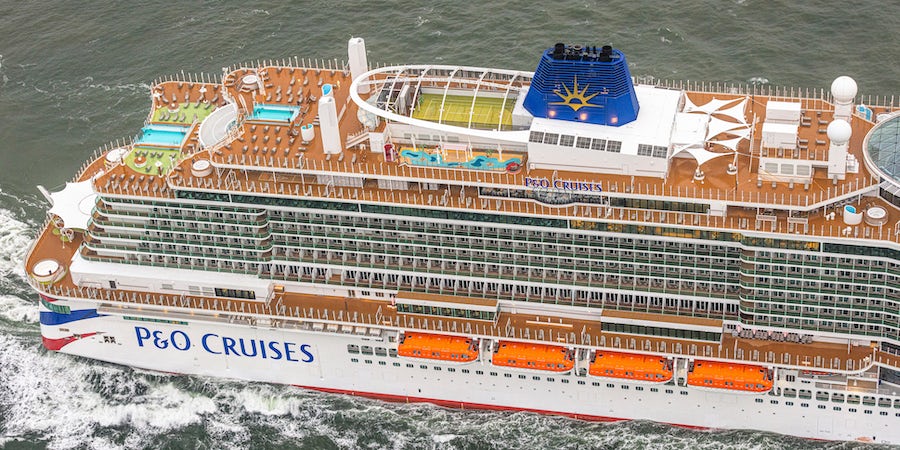 Britannia restarts on Sunday and will begin its planned western Mediterranean itineraries on September 25 to October before repositioning to the Caribbean for the winter.

From September 25, the line is dropping its mandate for all passengers to be vaccinated, instead asking for proof of a negative PCR test for under 18s -- thus allowing children back onboard. The current fully vaccinated policy effectively precludes children onboard the round-Britain sailings.

The PCR and COVID-19 test at the terminal will be provided on a complimentary basis.

"This vaccination and testing policy will be reviewed on a regular basis as the global situation continues to evolve," the line confirmed.

"The length and complexity of Arcadia and Aurora’s planned long haul cruises from January next year has forced their cancellation and these two ships will not begin sailing until next year. However a replacement itinerary for Aurora, with winter sun appeal, will be announced shortly."

P&O Cruises president Paul Ludlow said: "We are very much looking forward to getting Britannia and Iona back to sea for the series of UK coastal cruises – staycations at their best - which are certainly proving very popular and then beginning our international re-start as we phase in each of the other ships."

He added: "We are confident that destinations will soon open up their borders both for UK travellers and also for cruise ships. Spain and its islands and the Caribbean are both looking very positive and we are seeing, one by one, countries publicly looking forward to welcoming us back."