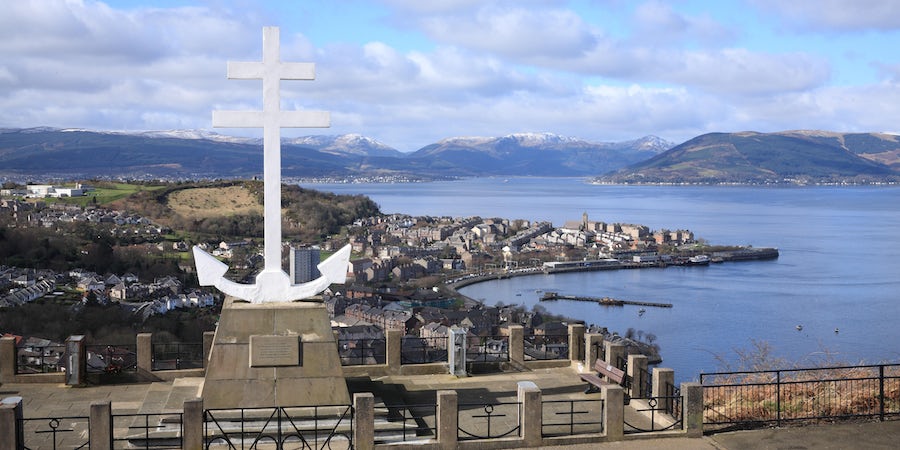 (12:15 p.m. BST) -- In a blow to the recent restart of cruising in England, Scotland has banned cruise calls until COVID-19 cases fall in the country.

The last-minute move means that MSC Virtuosa -- which was due to call there in at Greenock today (June 9) -- has been forced to cancel the stop and stay overnight in Liverpool.

The line confirmed its next two planned calls to Greenock on June 16 and 23 have also been cancelled.

An MSC spokesperson said: "In light of recent information received, we are now awaiting further clarification from the relevant authorities in Scotland about the situation for cruising which regrettably means that we have had to cancel our proposed visit to Greenock tomorrow.

"We hope that our calls to Scotland with our special cruises can commence soon considering how much we were looking forward to welcoming our Scottish guests onboard MSC Virtuosa and how we are aware of the important and widespread contribution that the cruise industry makes to Scotland."

A Scottish government spokesperson said: "We fully understand the impact of the current restrictions on domestic cruises. We explained our concerns about the transmission risks posed by cruise vessels in an update to industry on the 24 May and confirmed we would clarify the position in June.

"Following extensive engagement with stakeholders, we have now confirmed domestic cruises can restart when all of Scotland reaches level one. and we have made industry – including the operator – aware of this."

The spokesperson went on to explain that the move had been part-forced by the continuing rise in the so-called Delta variant and an increased number of COVID-19 cases in the country.

CLIA released the following statement: "The decision not to allow cruise ships to enter Scotland at this time is very unfortunate. Currently, cruise ships calling at UK ports have UK-only guests onboard, including many from Scotland.

"Domestic cruises have safely and successfully restarted in England and across Europe, and the multi-layered measures now in place are there to protect the wellbeing of the destinations we visit, as well as passengers and crew. We continue to seek further clarity from the Scottish Government and would welcome the opportunity to discuss the cruise industry protocols with Ministers."

The move by Scotland means that domestic cruises will be confined to England, Wales and Northern Ireland for the foreseeable future.

A number of lines are set for a July restart including Celebrity Cruises (July 3), which released the following statement:

"We are aware of the current restrictions in Scotland. Celebrity Silhouette doesn't commence her domestic season until 3rd July, so we will await the next update from the Scottish Government to determine whether we need to make any changes to our current planned itineraries."

And Royal Caribbean, which is due to call in at Kirkwall, Orkney Islands, on July 15, and released the following statement:

"Anthem of the Seas' first sailing to Kirkwall, Scotland departs on 15th July, so we will await the next update from the Scottish Government," said a spokesperson.

And Saga Cruises, which is due to set sail on British Isles cruises on Spirit of Discovery on June 27 on a Scottish Highlands and Islands cruise and sent out the following Tweet: "In the light of yesterday's statement from the Scottish government, we are currently reviewing the itineraries for our first two Scottish isles cruises on Spirit of Discovery. we will update our guests booked on these cruises by the end of the week."