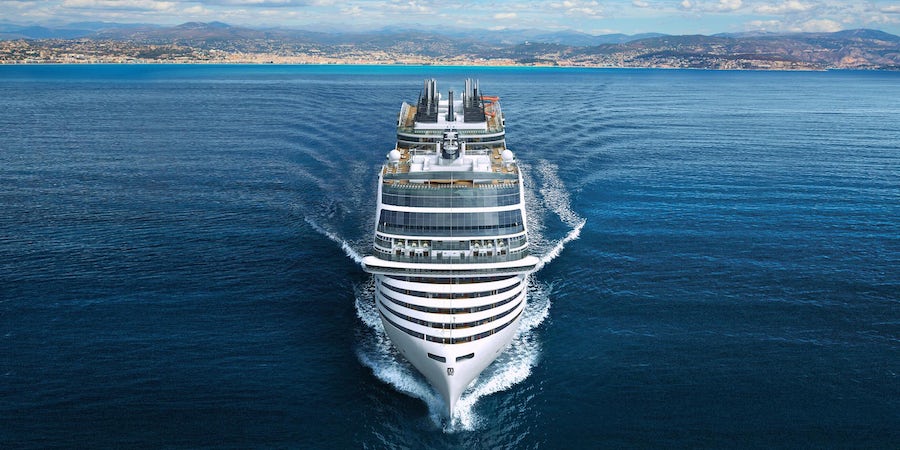 (6 a.m. EDT) -- MSC Cruises has finally revealed details of its latest ship class, MSC World Europa, which includes features such as a 113-yard half-open promenade, an 11-deck dry slide and almost two-thirds of cabins with balconies.

The 5,079-passenger, 153,516-gross-ton ship will have 22 decks and will be more than a thousand yards in length and have 430,000 square feet of public space, becoming the longest, tallest and biggest in the fleet when it launches in December next year -- and heralding a new ship class for the line.

MSC World Europa is currently under construction in the Chantiers d'Atlantique shipyard in France.

"Quite unlike anything else at sea today, MSC World Europa and the entire MSC World Class redefines the cruise experience in so many ways," MSC Cruises’ Executive Chairman Pierfrancesco Vago said in a statement.

"From the future-proof on board technologies that this completely new platform introduces for the first time all the way to its ground-breaking marine and interior design features."

He added: "MSC World Europa marks the beginning of a new era for cruising."

The new ship will have a unique Y-shaped aft and a plumb bow (main pic), in the shape of an arrow, rather than the traditional bulbous bow. The aft will open up to the 113-yard Europa Promenade, which will be half open to the sky and half-covered by the LED-sky screen, similar in design to those on the Meraviglia class of ships.

One of the centerpieces in terms of features will be The Spiral, an 11-deck dry slide -- the longest at sea -- which will start at the top deck and twist down to The Promenade.

However, the new ship is not entirely unique in terms of design -- Royal Caribbean's Oasis-class of ship pioneered the open promenade concept in 2009 complete with inside cabins with promenade views. And Symphony of the Seas introduced a 10-deck dry slide in 2018, the Ultimate Abyss.

MSC World Europa is also introducing the concept of distinct areas on the ship catering for different cruising types such as families or couples, which it calls "districts"; on Royal's Oasis class ships these are known as "neighborhoods"

Regulars will return including American-style steakhouse Butcher's Cut and Asian-inspired Kaito Teppanyaki Grill and Sushi Bar, as well as the newly launched Latin American street food-inspired Hola! Tacos & Cantina. There will also be three buffets onboard.

Masters of the Sea Pub, which will be split across two decks and will brew craft beer specially on board for the first time, will also return. Other concepts will include the Elixir - Mixology Bar with elaborate signature cocktails, a South Asian-style tea room filled with perfumes from the East, an authentic Emporium coffee bar with selections from around the world, a widely stocked Gin Project inspired by a real distillery, a zesty juice bar made from fresh ingredients and a gelateria.

MSC World Europa will have 19 different cabin categories -- 65 percent of those with balconies. The ship will see the introduction of seven new cabin types. These include:

The ship will spend its first season in the Gulf, offering seven-night cruises from Dubai to Abu Dhabi, Saudi Arabia and Doha, Qatar.