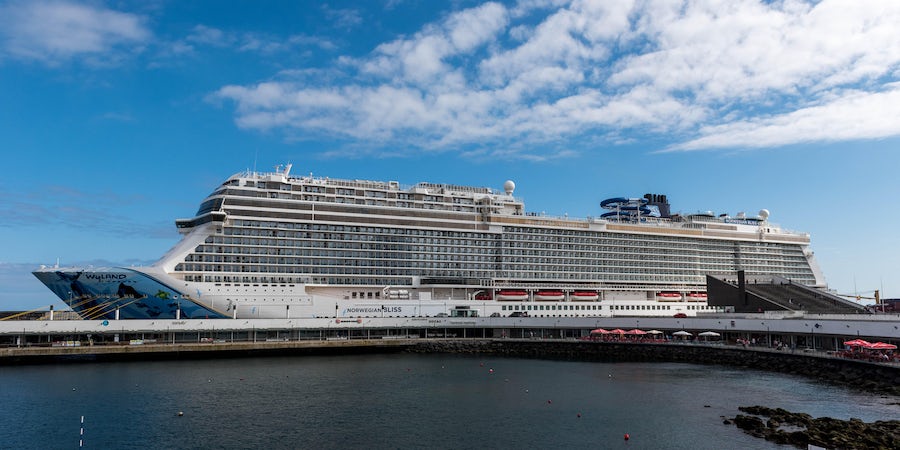 (Updated 5:10 p.m. EST) – Norwegian Cruise Line announced that their U.S. return to service would begin in Alaska with Norwegian Encore, on August 7.

Norwegian has already made a 100 percent vaccine policy part of their restart plans, and the Norwegian Encore sailings are no different. The 11 weeklong cruises will leave from Seattle and visit Skagway, Juneau, Ketchikan and Icy Strait Point, Alaska. On some sailings, the ship will visit Glacier Bay National Park or the Holkham Bay Glacier Fjord.

Eagle-eyed cruise fans already knew this, as the line has been offering the sailings to book on their website since the U.S. Senate passed a waiver of the Passenger Vessel Services Act in mid-May. The legislation has now been approved by both houses of Congress, removing a huge obstacle for Alaska cruising.

In its release, Norwegian noted that the cruises were contingent on the line receiving a Conditional Sailing Certificate from the U.S. Centers for Disease Control and Prevention (CDC). The agency is giving preference to lines who have vaccine requirements, allowing them to bypass test cruises.

Other lines have also announced July restarts in Alaska including Royal Caribbean, Celebrity Cruises, Carnival Cruise Lines, Holland America and Princess Cruises. As it stands now, Alaska will be the first destination in the U.S. to restart cruising after the industry shut down in March 2020.

"Seattle has always been our second home, and we are beyond excited to return to this incredible homeport and to once again bring our guests to Alaska," said Harry Sommer, president and chief executive officer of Norwegian Cruise Line.

"Twenty-one years ago, we were the first to offer itineraries to Alaska from Seattle, and we continue to celebrate a strong relationship with our partners in this spectacular destination. We have been waiting for a very long time to announce a resumption of cruising from the U.S. We are so proud to be sailing for the first time in over a year from our special homeport of Seattle to the breathtaking state of Alaska."

Originally slated to operate aboard Norwegian Bliss, Norwegian confirmed to Cruise Critic on June 2 that these itineraries would instead be operated by sister-ship Norwegian Encore.

“We will soon relaunch our first U.S. voyages from Seattle beginning Aug. 7, 2021," said the line in a statement. "As part of this effort, we have decided to redeploy our newest innovative ship, Norwegian Encore, in place of the previously scheduled Norwegian Bliss, to sail the remainder of the 2021 Alaska cruise season. There are no itinerary changes at this time. Existing guest reservations will be transferred from Norwegian Bliss to Norwegian Encore.”

Norwegian also has several international restarts planned, beginning with Norwegian Jade in Greece. Other deployments include Norwegian Joy in Jamaica, Norwegian Gem in the Dominican Republic and then two ships in Europe beginning in September, Norwegian Epic and Norwegian Getaway.

Norwegian Bliss sailings in Alaska are currently open for booking.