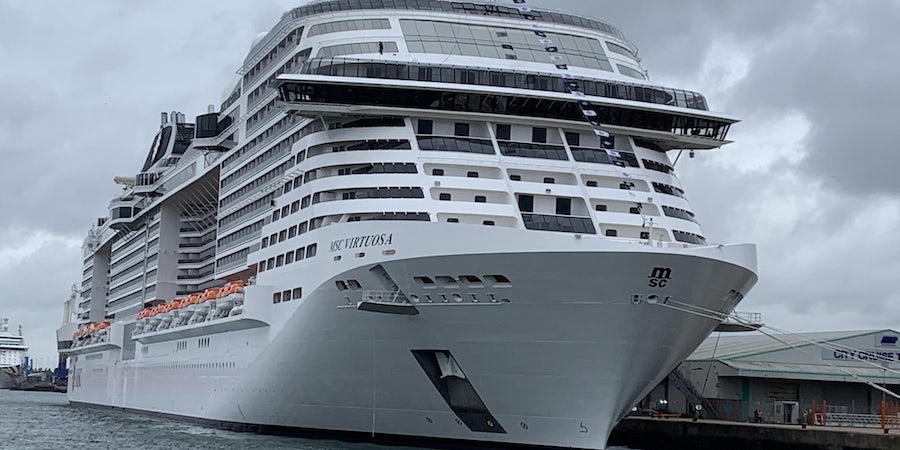 The line's 6,200-passenger flagship departed with just 1,000 passengers onboard -- in line with government guidelines -- on a four-day round-trip cruise via Portland, Dorset.

It will be followed by Viking's newest ship, Viking Venus, which leaves from Portsmouth on May 22.

"We've been working really really hard in the last two weeks to make sure all the UK bodies and organisations involved in this happy," said MSC's managing director UK, Antonio Paradiso, speaking onboard.

"This is a historic day for the cruise industry and for the entire travel industry. It's great to be back.

"Yesterday night I was walking along the promenade on the ship under the Union Jack and I felt really emotional. Maybe I was nervous, but I was emotional."

He also thanked the UK government for allowing cruising to resume.

Mask wearing, social distancing, no self-service stations, enhanced cleaning and booking for the theatre are some of the other key changes onboard.

The ship is the second in the line's Meraviglia-plus class, and has just been completed at the Chantiers d'Atlantique shipyard in Brittany, France.

It has a number of new-to-the-line features onboard including Rob the robotic bartender and two new restaurants -- the Asian-fusion Indochine and Hola! Tacos, a Mexican restaurant.

Many of the other features that launched with Meraviglia, including the 80m-LED ceiling in the main promenade, are the same.

MSC Virtuosa and Viking Venus are just the first two ships of what will be a total of 21 ships sailing around these shores by summer's end.

Some are brand-new vessels, many of which have never carried passengers despite being launched more than a year ago. These include P&O Cruises' new flagship, Iona; Virgin Voyages Scarlet Lady; and Saga's Spirit of Adventure.

Other lines which are set to sail this summer include Marella, Cunard, Princess, Noble Caledonia, Regent Seven Seas and Hurtigruten.