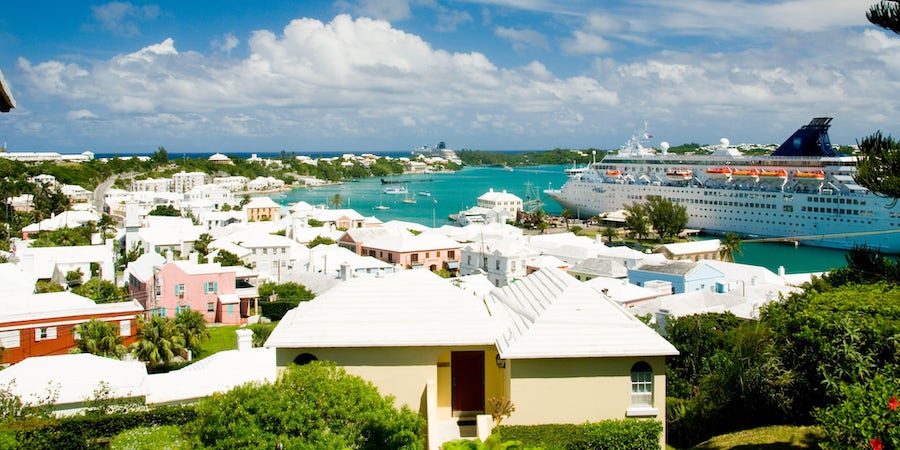 (9:45 a.m. EDT) – Royal Caribbean has canceled its summer cruises homeported in Bermuda, citing a preference from U.S. travelers to sail from closer ports.

Sailings on Vision of the Seas had been set to debut from Bermuda on June 26. The cruises, which required adults over 18 to be vaccinated, were going to include an overnight in Bermuda and time at Royal Caribbean's private island, Perfect Day at CocoCay.

At the time the sailings were announced in March, it was hailed as a way for the cruise industry to get back on its feet for summer 2021, as the Centers for Disease Control & Prevention had given no indication when cruising might resume in the U.S.

There is still no exact resumption date, although both the CDC and Royal have said that July is possible. But in the statement, the line made it clear that their American passengers prefer to sail out of traditional ports.

"The likelihood of cruises setting sail from the U.S. this summer is greater each day, and with that, U.S. travelers are increasingly showing a preference for more direct access to ports of departure," the line said in a statement.

Bermuda will still be used as a regular port on some voyages, the line said.

"While we are no longer homeporting from the island nation, we still look forward to bringing our guests to Bermuda with several ships across the Royal Caribbean fleet as we have for many years," the line said. "As we get back to cruising, our close partnership with the Ministry of Tourism and the Bermuda Tourism Authority is still focused on working toward the common goal of getting the community back on its feet by helping revive local tourism."

The cancellation of the Bermuda season does not impact the other international deployments that the line is selling, such as Adventure of the Seas in The Bahamas or Jewel of the Seas in Cyprus, a spokesperson for the line said. It does mark the second major change to Royal Caribbean's interenational restarts, however, as Odyssey of the Seas' season in Israel had to be canceled because of violence in the region.

Passengers booked on the sailings will receive a full refund or a 125 percent Future Cruise Credit.