You may also like
Dismiss
Coronavirus: Updated Cruise Ship Policies and Cancellations Because of COVID-19 (2021)
Live From MSC Cruises' MSC Grandiosa: What's it Like Sailing on a Big Ship in the COVID Era?
Australia Extends Ban on Cruises to March 17, 2021
P&O Cruises Restarts Cruising For First Time in 15 Months on Britannia
Live From Royal Caribbean's Odyssey of the Seas: Why You'll Never Be Bored on This Cruise Ship
"Cruising With…" Set to Return Next Year -- But Without Jane McDonald
Royal Caribbean's Odyssey of The Seas Cruise Ship Officially Christened
These Ships Are Coming Back To The U.S. in 2022: Here’s Why You Should Care
Royal Caribbean Showcases New Icon of the Seas Cruise Ship with 'Making an Icon' Video Series
Just Back From Allure of The Seas' Maiden Galveston Sailing: Hits and Misses 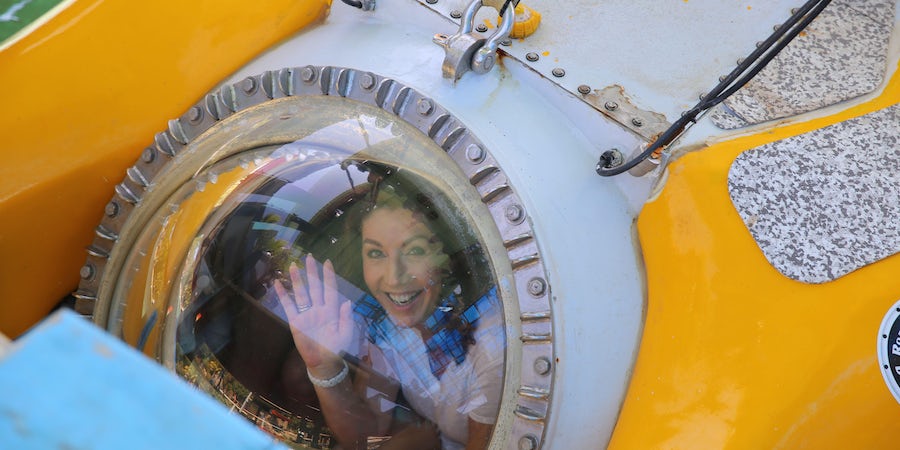 (11:50 a.m. BST) -- The second episode of the new series of "Cruising with Jane McDonald" will be aired on Channel 5 this Sunday.

The Bafta Award-winning TV show saw Jane on Sky Princess last week on a 14-night Caribbean cruise for the first of two episodes in the four-part series.

The series was filmed in February 2020, just before the global pandemic paused cruising worldwide.

"It's week two of Jane's fabulous Caribbean cruise. First, stop Grand Cayman, the playground for the rich, she could just sip champagne and hit the shops, but Jane has other ideas. With horse riding along the beach an option, she saddles up and hits the sand," reads the Channel 5 description of the show.

"Then it’s off to the beautiful island of Roatan off the coast of Honduras, where Jane discovers the wonders of the deep aboard a yellow submarine.

"She scales new heights in ancient Belize, where a trek through the jungle ends with her exploring an ancient Mayan temple.

"The trip ends on the island Cozumel off Mexico's coast, where Jane parties the night away at the colourful local carnival."

During her time on the 3,660-passenger ship, Jane experiences the line's OceanMedallion wearable device, which replaces the traditional cruise card.

The 3,660-passenger ship, which launched in October 2019, is scheduled to be homeported in Southampton, marking her debut in the UK.

Jane being back on our screens in a new series of Cruising with Jane McDonald is an unexpected surprise in February last year she announced she was quitting to concentrate on her singing career.

Apart from Big Brother, Cruising with Jane McDonald is Channel 5's most successful TV show, consistently bringing in viewing figures of more than 3m per episode.