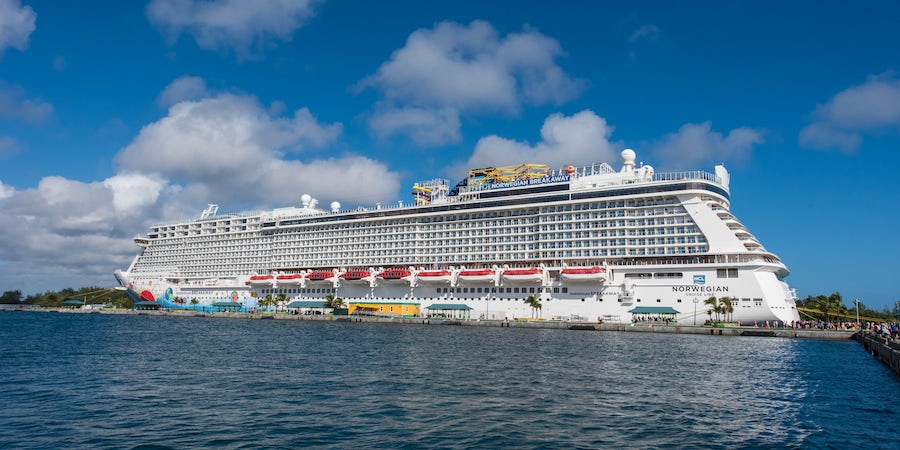 "I'm disappointed, at first read. I'm going to give the CDC the opportunity to explain and clarify, and we have a call with them this afternoon.

"As we read yesterday's pronouncements, even though everyone onboard would be vaccinated, in between bites of your meal and in between sips of your beverage, you have to put on your mask, take off your mask. Nobody should order soup because your mask might get sloppy. That to me is just preposterous.

"It's not in the spirit of where the country is heading, where President Biden wants to open the country and 70 percent of adults will be vaccinated," he added.

He said he hoped that he was reading it wrong and that these requirements would only be applicable to non-vaccinated ships:

"We hope that if you do get to 98/95 or even better the 100 percent vaccination we are proposing, that there won't be a need for such impractical, onerous, burdensome requirements."

July Restart in US Impossible

When asked how many additional U.S. ships he could stand up by July he replied: "None."

"The July U.S. launch at least for our company is just not possible. It was possible back in early April when we proposed to the CDC 100 percent vaccination, so from April 5, 90 days would be early July so that was possible.

"But today we're in early May, and we're looking past that."

His words are counter to the optimism shared by Royal Caribbean Group chairman Richard Fain last week, who said he believed -- following guidance from the CDC last week -- that mid-July looked increasingly likely for a resumption of cruises from U.S. ports.

However, Del Rio praised the CDC for engaging in dialogue with the cruise lines after months of silence and added: "We are certainly in a better place today than we were 30 days ago."

Del Rio also mentioned the grassroots campaign to contact lawmakers in support of the resumption of cruise, which has seen thousands of people tweet, email or write. He heaped praise on passengers who had stood by the line throughout the past 13 months.

When asked by an analyst why the CDC continued to treat the cruise sector differently from every other travel and hospitality sector, Del Rio said:

"You just threw a piece of red meat at me. We are perplexed, flabbergasted, we're outraged.

"We're willing to vaccinate every single person onboard a cruise ship. There isn't another venue on earth -- not a school, a factory, your office -- that can make that claim.

"We will be the safest place on earth -- by definition. On top of that vaccination mandate we are going to implement the 74 Healthy Sail recommendations. No one on earth has it -- yet the CDC continues to treat us differently and we dare say unfairly."

He also slammed into the CDC's track record of keeping the virus under control in the country.

"We rank number one in the world for the most infections, hospitalizations and deaths, yet they pick on the cruise industry to an extreme that is unbelievable, unexplainable and frustrates us no end."

He also queried why the guidelines "only" mandated 98 percent vaccinated for crew: "Why not 100 percent? I don't understand that loophole."

In terms of financials, the group reported a net loss of $1.4 billion for the first quarter of 2021, while revenues decreased to $3.1 million compared to $1.2 billion in 2020 due to the complete suspension of voyages in the quarter.

For the second quarter of 2021, the company expects the average cash burn rate to be approximately $190 million per month, as it prepares for a return to service with international cruises this summer.

It also reported "very positive" booking trends across all brands driven by strong pent up demand, with load factors and fares both high.

"The company is experiencing robust future demand across all brands with the overall cumulative booked position for the first half of 2022 meaningfully ahead of 2019's record levels with pricing higher when excluding the dilutive impact of future cruise credits," a statement released by the line said.

In terms of the outlook for the rest of the year, Mark Kempa, the line's chief financial officer, said there was finally "light at the end of the tunnel," added it was "an improving but still unstable environment."

"As a result of the COVID-19 pandemic, while the company cannot estimate the impact on its business, financial condition or near- or longer-term financial or operational results with certainty, it will report a net loss for the second quarter ending June 30, 2021 and expects to report a net loss until the company is able to resume regular voyages."

Del Rio concluded by saying overall he was more hopeful today than he was last time he spoke to investors:

"We still have a long route to full recovery, but we are optimistic and encouraged by how well demand has returned."