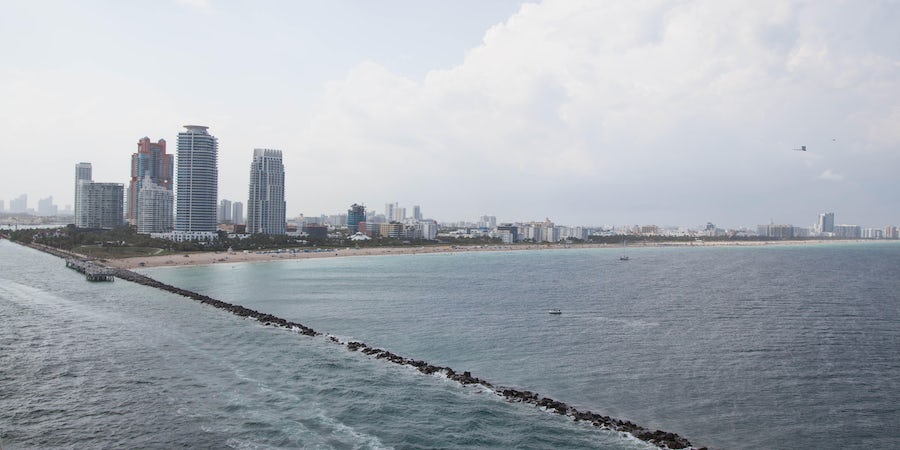 (updated 3:30 p.m. EDT) -- The state of Florida has officially banned vaccine passports, adding a new wrinkle to the cruise industry's desire for a faster restart under U.S. Centers for Disease Control & Prevention guidelines.

Florida Governor Ron DeSantis on May 3 signed into a law an emergency planning measure that includes barring businesses in Florida from requiring customers to provide proof of COVID-19 vaccination. Earlier, the ban was by executive order issued on April 2.

It was unclear how the law, which takes effect on July 1, would impact cruise line restart plans. In terms of his executive order, DeSantis had said the ban would apply to cruise lines with operations in Florida.

The ban directly conflicts with guidance issued by the CDC to the cruise industry last week that gives preferential timelines to cruise lines that implement vaccine mandates. Cruise lines that promise to have 98 percent of their crew and 95 percent of their passengers vaccinated can skip test cruises that could add significant time and red tape to a mid-July restart date.

The Cruise Lines International Association responded cautiously to the new Florida law. Until now, DeSantis has been an advocate of getting cruise ships restarted as soon as possible, suing the CDC to remove the Conditional Sailing Order that currently controls resumption.

“We appreciate the support of Governor DeSantis in our efforts to advance a responsible resumption of operations from U.S. ports beginning this summer. As we make progress with the CDC toward that goal, we look forward to working with the Governor’s office to plan for a smooth return of cruise operations in Florida, where the industry supports nearly 160,000 jobs,” the association said in a statement to Cruise Critic. Royal Caribbean Group released a statement echoing CLIA.

There is a question now as to how cruise lines are going to prove to CDC that their guests sailing from Florida are vaccinated and not violate the ban. Cruise Critic has reached out to cruise lines for comment.

Among major lines, only Norwegian Cruise Line Holdings has committed to a 100 percent vaccine requirement for guests as a temporary measure to get going, with a target restart date of July 4. The CDC has not yet approved that plan.

Cruise lines that don’t meet the CDC’s latest vaccine requirements would have to do a rigorous round of test cruises with volunteers before resuming operations.

DeSantis signed the law, Senate Bill (SB) 2006, while joined by local legislators and small business owners in St. Petersburg. “In Florida, your personal choice regarding vaccinations will be protected and no business or government entity will be able to deny you services based on your decision,” DeSantis said. The bulk of the new law is intended to update emergency planning and preparedness in terms of future health emergencies in the state.

In an earnings call on May 6, Norwegian Cruise Line Holdings President and CEO Frank Del Rio said that the vaccine passport ban could cause serious problems in resuming cruises from Florida. He called it a state-federal conflict and said that the company was working with the governor's office.

"There are other states we do operate from, and we can operate from the Caribbean with ships that would have sailed from Florida," he said. "We certainly hope it doesn't come to that. Everyone wants to operate out of Florida. It's a very lucrative market. It's a close drive market. But it's an issue. We can't ignore it. We hope everyone in pushing in the same direction. We want to resume cruising in the safest possible manner.'