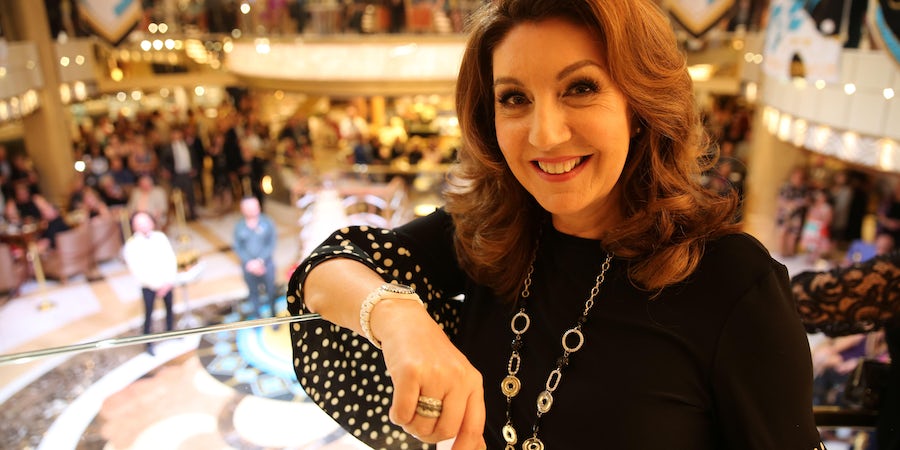 (2:40 p.m. BST) -- Cruising with Jane McDonald returns to Channel 5 this Sunday and will feature Princess Cruises in the first two episodes.

The Bafta Award-winning TV show will see Jane sailing on Sky Princess, which will make its debut in the UK this summer, on a 14-night Caribbean cruise for two episodes in the four-part series.

Tony Roberts, Princess Cruises UK & Europe vice president, said: "As our homeport ship, we are excited for viewers to join Jane as she discovers what it’s like to sail on the beautiful Sky Princess."

The episodes follow Jane as she travels around the Caribbean from Fort Lauderdale, Florida, towards the line's private resort, Princess Cays. From there, she continues along to the Virgin Isles and St. Thomas, ending on the island of St. Martin.

During her time on the 3,660-passenger ship, Jane experiences the line's OceanMedallion wearable device, which replaces the traditional cruise card.

The 3,660-guest ship, which launched in October 2019, is scheduled to be homeported in Southampton, marking her debut in the UK.

Jane being back on our screens in a new series is quite a surprise after announcing she was quitting to the show in February last year to concentrate on her singing career, but then changed her mind back in October.