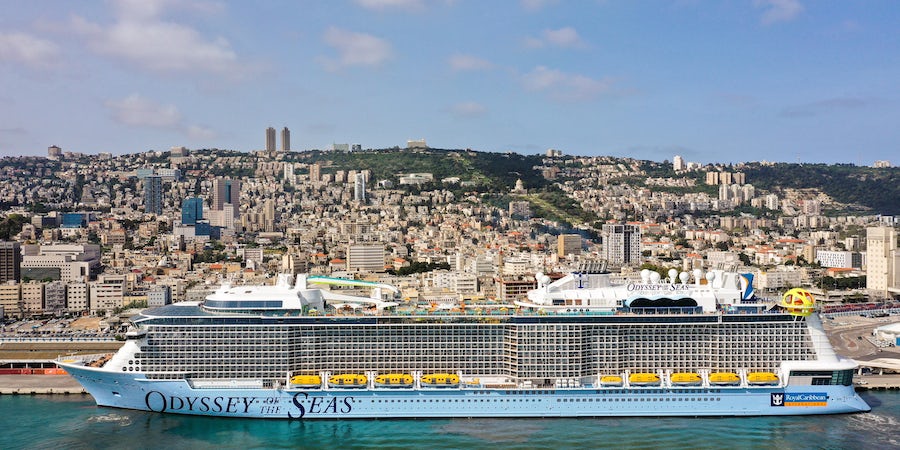 Ship-Spotting: Cruise Ships Prepare for a Resumption of Cruising

(8:55 a.m. EDT) -- With the exciting news from the CDC that cruise ships could start sailing from U.S. ports from mid-July, we're predicting a lot of movement over the coming weeks.

It's already happening over in Europe, as lines get ready for a May 20 restart from the U.K. and a May 30 restart in Israel, which we take a look at below.

Here's your weekly round-up of where cruises ships are, around the world.

Royal Caribbean's newest ship, Odyssey of the Seas, arrived in Haifa, Israel last week, with a water cannon salute as it came into the port.

The second Quantum Ultra Class ship will be based in Israel for the summer -- the very first Royal ship to be based there -- for vaccinated residents of Israel only.

The 4,198-passenger will sail at half capacity, and departs on its inaugural cruise on May 30. The ship's first passenger sailing is on June 2, and it will sail 30 round-trip cruises to the Greek islands and Cyprus.

Odyssey arrived early to load supplies ahead of the first sailings and will leave Haifa today "to practice and to restock," according to Royal.

Meanwhile, in the U.S., Galveston welcomed its first Carnival ships in over a year, but not to board passengers quite yet.

Two of the line's newest ships, Carnival Vista and Carnival Breeze, called into the Texas port on Tuesday.

"Their intentions are to stay here, crew up, and do some work on the ships. So they'll be here when it's time to start cruising, and we're hoping that it's quick," said Port of Galveston CEO, Rodger Rees, speaking to ABC Eyewitness News.

The CDC's new guidelines give two paths for cruise lines. Those that commit to having vaccine requirements, with 95 percent vaccinated passengers and 98 percent crew, may be able to restart in mid-July. Those that decide not to will have to run test cruises. It's not known yet what route Carnival Cruise Line will take.

Over in Florida, Carnival President Christine Duffy paid her first visit in over a year to a Carnival ship.

She went onboard Carnival Sunshine in Miami on Tuesday to meet with the Captain and senior officers.

"Ship visits are one of the favorite parts of my job and it was really wonderful seeing and interacting with the Carnival Sunshine team who were excellent hosts," Duffy said. "Hopefully this is the first of many ship visits and a clear indication that we're on the road back to restarting operations."