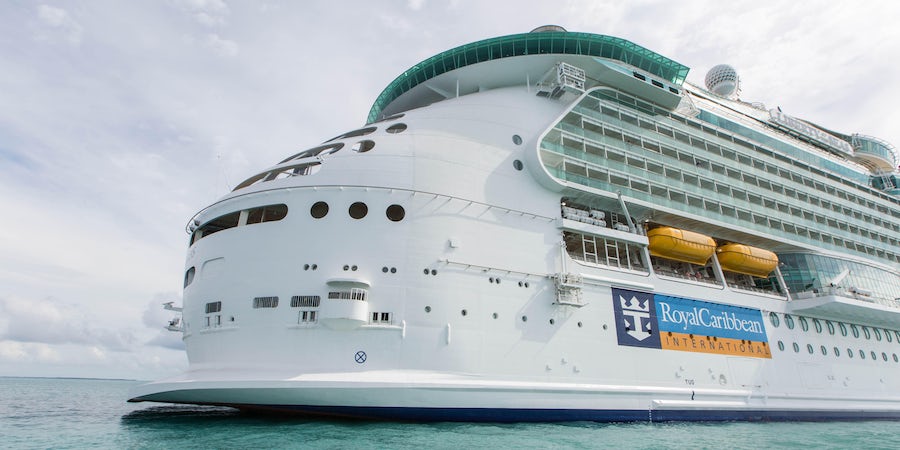 (11:20 a.m. EDT) -- Cruise lines sounded hopeful Thursday that sailing could resume from the United States in mid-July, following an April 28 letter from the CDC which laid out a clearer guideline for the resumption of cruises in the U.S.

In the Royal Caribbean Group earnings call, Chairman and CEO Richard Fain said he had "high hopes" ships could resume operations from U.S. ports by mid-July,

"Last night the CDC issued multiple very helpful clarifications and amplifications on its Conditional Sail Order. They've addressed many items of concern ... in a manner that takes into account the recent advancements of vaccines and medical science," Fain said.

"We believe this really helps us in finding a clear and achievable pathway forward to safe and healthy cruising in the near future."

He added a caveat that the line had only just received the letter, though, and there were a lot of details to consider. "Nevertheless we now have high hopes that if these details can be resolved quickly it could be possible to restart cruising by mid-July."

"Norwegian Cruise Line Holdings is currently actively engaging in further discussions with the U.S. Centers for Disease Control and Prevention with a shared goal of cruising from U.S. ports this summer and is encouraged by the ongoing constructive dialogue that resulted in recent meaningful modifications to previously issued technical guidelines and the incorporation of vaccines," the statement read.

Cruise Lines International Association released the following statement: "We are encouraged by the communication from the CDC Wednesday evening and look forward to learning more.

"Our technical experts are currently reviewing the information and its implications, but we are optimistic that these clarifications show positive progression -- and, importantly, a demonstrated commitment to constructive dialogue, which is key to restarting cruising as we have seen with other governments and health authorities around the world."

Other lines that commented included American Queen Steamboat Company and Viking, which were part of the discussions with the CDC (Bahamas Paradise Cruise Line, Disney Cruise LIne and Carnival Corporation rounded out the industry players).

"We applaud the CDC for meeting with industry and listening to our concerns," said John Waggoner, AQSC Founder & CEO. "Rising tides raise all ships, and the CDC’s latest update is a significant step towards the entire industry resuming once again. American Queen Steamboat Company has been operating two paddlewheelers under SafeCruise protocols since March, illustrating cruising is and always has always been, one of the safest forms of travel. Cruising is such a dynamic form of travel with a far-reaching impact – from individuals expanding their horizons to the communities the vessels visit to the individuals employed by cruise lines around the world. I look forward to having all cruise options available once again and seeing our industry continue to shape the way we travel."

"Obviously this is another positive development for American travelers, particularly as we head into the summer travel season," said Richard Marnell, EVP of Marketing for Viking Cruises. "As our Chairman, Torstein Hagen, has said, we respect all that the CDC does in setting high standards for public health. Our Viking Health & Safety Program was developed in coordination with an international team of scientific and medical advisors; it is one of the most well-researched and comprehensive COVID-19 prevention and mitigation plans in the travel industry. In addition to many other protocol enhancements, we have installed a full-scale laboratory on every Viking ocean ship, allowing us the ability to test all guests and crew with quick and easy non-invasive saliva PCR tests at embarkation and frequently throughout each itinerary. We look forward to restarting operations very soon with our new “Welcome Back” voyages for vaccinated guests in the UK, Bermuda and Iceland – and to once again calling in U.S. ports as soon as possible."

Besides the cruise lines, some of which had engaged in grassroots effort to drum up support, lawmakers from states adversely affected by cruising's pause also weighed in. Alaska and Florida sued the CDC to get things moving.

The timing of Royal's earnings call meant allowed the company to speak further with media about what the new guidelines mean.

Fain emphasised that any restart would not see the entire fleet put into operation, but a phased and gradual one, drawing on the learnings from the ships currently operating in Singapore and Spain.

He also said there had been a "significant improvement" in the quality and extent of dialogue with the CDC over the past few weeks.

"What we saw last night was very encouraging. It wasn't just one or two things; it was multiple additions and clarifications to the CSO."

Fain also shared the fact the group has carried 120,000 passengers across its three brands in operation -- Royal Caribbean, Hapag-Lloyd and TUI -- with a total of 21 COVID-19 cases, or 0.01 percent.

At present, Royal plans to operate just 11 ships this summer, across the three brands, in Europe, Singapore and the Caribbean.

Royal, like other lines, has been forced to look outside of the US to base ships and has placed vessels in the U.K., Singapore, Israel and Cyprus this year.

Bayley clarified the pathway to the resumption -- one for ships with fully vaccinated passengers and crew and one without. A vaccinated ship would have no requirement for a test voyage, and "would be a quicker way for a resumption of service."

"A highly vaccinated cruise means that as soon as you have your port plan ready and lined up you can submit your request to cruise and the CDC will try their best to get you a response within five days," he said. "The target that has been stated and what we are all working towards is mid-July. And I think that after what we received last night is looking very realistic."

The corporation did not say specifically which route they would take -- the fully vaccinated one or the test sailings. But Bayley's comments seemed to lean toward the former.

"In terms of crew we had over 98 percent positive response from our crew that they will get vaccinated."

Committing to a mostly vaccinated ship leaves out one large demographic -- kids. And Royal Caribbean is one of the biggest family-friendly lines out there. But Bayley seemed encouraged, particularly if vaccines become available for children ages 12 to 15.

"We obviously take a look at our kid count we think this is the next phase, and we know that vaccinations are eligible for 16 and over and we have been told that age limit is likely to drop to 12 and we are encouraged by that," he said. The percentage of passengers under the age of 11 is "quite a small number," he said.

"We are not overly concerned with that."

The resumption of cruising in Alaska is more difficult, and not simply solved by the CDC letter. For sailing to resume, a waiver to the Passenger Vessel Services Act would be required, as Canada is currently closed to all cruise ships until February 2022. Another option would be for Canada to allow technical stops.

"We are working on both," Fain said. "Given the momentum there is some hope but it's a complicated situation and I wouldn't put odds one way or the other.

"We are hopeful we can solve the issue with Canada in one of two ways."

Royal Caribbean's financial results reflect the dismal Q1 of uncertainty; the company lost $1.1bn in the first quarter of 2021 and is currently burning through $300m a month just to keep the fleet operating.

Bayley said the level of savings in the U.S. and "amazing pent up demand" will "unleash" a large number of bookings for 2022.

He also shared that bookings are strong for the second half of this year and also for the first half of 2022, with fares up too.

"While it is always disappointing to report these results, little by little the flywheel is turning and we are encouraged by the letter from the CDC."