You may also like
Dismiss
Will Norwegian Cruise Line Be Able To Sail to Alaska in September?
Will Required Cruise Line Excursions Be Part of the COVID-19 Era Cruising?
Norwegian Cruise Line to Resume Sailing with Ships in Caribbean, Greece
Cruise Lines, Cruise Critic Member React to CDC Cruise Resumption Guidelines
Could An August Restart of U.S. Cruises Really Happen?
Multiple Cruise Lines Restart Additional Operations Around the World
Cruise Lines See Huge Spike in Demand After Amber List Quarantine Restrictions Relaxed
Norwegian Cruise News: Norwegian Jade Sets Sail From Athens, Marking Line's Return; New Homeport Announced
What Does the Legal Wrangling Between Florida and the CDC Mean For Cruisers?
Live From Norwegian Jade: What It's Like On The First NCL Cruise Back in 16 Months 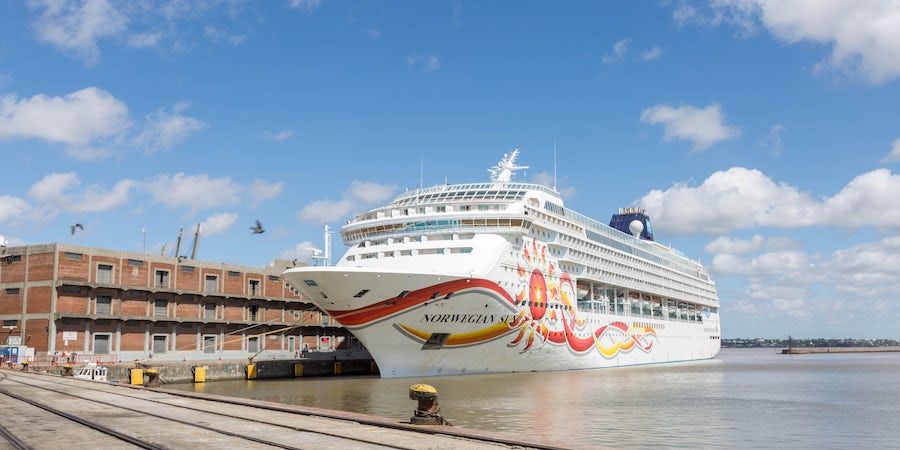 (4:50 p.m. EDT) -- Norwegian Cruise Line, which is resuming sailing with fully vaccinated crew and passengers, has dropped a requirement that people going onshore take ship-sponsored excursions if the port allows it.

The move is a differentiator from other lines, some of which are currently requiring passengers going ashore to do so only through an excursion bought through the ship.

In its update, Norwegian Cruise Lines said the following: "Delivering the best experience to our guests is always top priority. After working closely with our destination partners, guests are now able to explore ports of call on their own, according to the protocols in each specific port, and purchase shore excursions if they wish."

Ship-sponsored excursions, and keeping cruise passengers in a "bubble" separate from other people, was a safety measure included in the Healthy Sail recommendations put together jointly by Norwegian and Royal Caribbean in September 2020.

Many lines, including MSC Cruises and Costa Cruises, resumed sailing in Europe in 2020 with ship-sponsored excursions only. MSC famously refused to let passengers reboard the ship if they left their excursion.

But those measures had been developed before COVID-19 vaccines were widespread. The CEOs of Norwegian Cruise Line Holdings and Royal Caribbean Group, Frank Del Rio and Richard Fain, respectively, have long said that the science has moved on, and vaccines are the key for cruise lines to resume sailing safely.

Royal Caribbean has yet to make a similar decision on ship-sponsored excursion. Unlike Norwegian, Royal's ships are resuming sailing with kids onboard, so a universal onboard vaccine mandate is not possible.

Vaccines are not the only protection against COVID-19 that Norwegian is employing. All guests must take an antigen test before they board. The countries where the line plans to restart -- Greece, Jamaica, the Dominican Republic and, just announced today, France and Italy -- might have their own testing requirements.

The news was welcome to Cruise Critic members, many who prefer to explore ports independently.

"This is huge, for me. I don't want to go on a cruise that require NCL only excursions," Middleager wrote on the Norwegian Cruise Line message board. "I almost always go on our own, especially in Hawaii where you'd want to rent a car to go places, or in some ports where I want to go scuba diving and cruise lines only partner with cattle boats with many beginners charging twice or more."

"HUGE news! This should swell NCL sales for upcoming cruises," lambs2 wrote. "Many cruisers want the freedom to get off the ship and explore the port area, purchase a few gifts or other trinkets, or head to places they can easily walk to especially if these are repeat ports for them!"