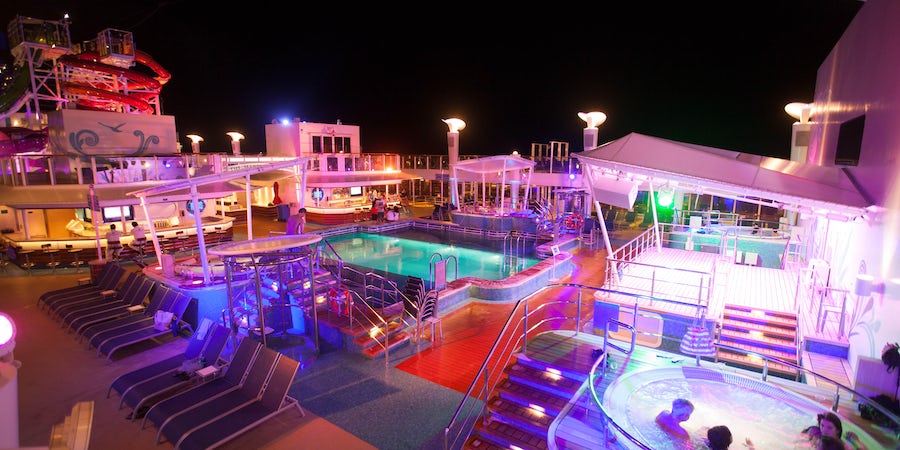 (10 a.m. EDT) -- Norwegian Cruise Line will further restart operations in Europe from the homeports of Barcelona and Rome (Civitavecchia).

The line annoucned Wednesday it will base two of its biggest ships in Europe, starting in the early fall. The 4,100-passenger Norwegian Epic in Barcelona will offer seven-night Western Mediterranean itineraries from September 5 through October 24. And the 4,028-passenger Norwegian Getaway will sail a mix of 10- to 11-night Greek Isles voyages from Rome (Civitavecchia) from September 13, 2021 to October 25, 2021.

Norwegian has already announced a July restart from Greece on Norwegian Jade, but this will be the first major international cruise line to restart operations in the Western Mediterranean. As with its Greece sailings and those that the line has announced in the Caribbean, there will be no kids onboard -- all passengers and crew will be required to show proof of vaccination.

The news comes just days after the EU announced that Europe will be open for vaccinated American travelers this summer.

"Europe is a top travel destination, so we are very much looking forward to returning to some of our most beloved homeports, resuming those itineraries and welcoming our guests to experience a vacation of a lifetime in the safest possible manner," Norwegian Cruise Line President and CEO Harry Sommer said.

"We are actively working with our local partners and government officials, as we plan for resumption of voyages in the region with Norwegian Epic and Getaway joining Norwegian Jade this summer. Relaunching Norwegian Epic and Getaway will allow us to provide a greater variety of highly sought-after itineraries for those travelers preparing to take their first cruise vacation in over a year."

Spain has not reopened to tourism yet, but the country has been one of the European Union members pushing for vaccinated international travelers.

"While cruising has not yet restarted from Spanish ports, the Port of Barcelona has been closely working and cooperating with the Spanish Ministry of Health and with the Health Department of the local government of Catalonia towards the same objective: the resumption of cruise traffic following the safest protocols for guests, crew and the inhabitants of Barcelona," President of the Port of Barcelona Merce Conesa said.

"We are hopeful that we will soon welcome Norwegian Cruise Line and its guests to Barcelona."

On Monday, Spain's secretary of state for tourism, Fernando Valdes, gave the strongest indication yet that the country is set to lift its ban on cruise ships operating. (Ships have been operating in the Canary Islands since October 2020.)

Speaking at the annual summit of the World Travel & Tourism Council, Valdes said the government was working closely with the Ministry of Health and the Ministry of Transport on approving cruise ship protocols to allow for the resumption of cruising as soon as this summer.

The announcement comes on the same day as sister brands Oceania announced a restart from Copenhagen in August and Regent Seven Seas Cruises from the U.K. and Mediterranean in September.