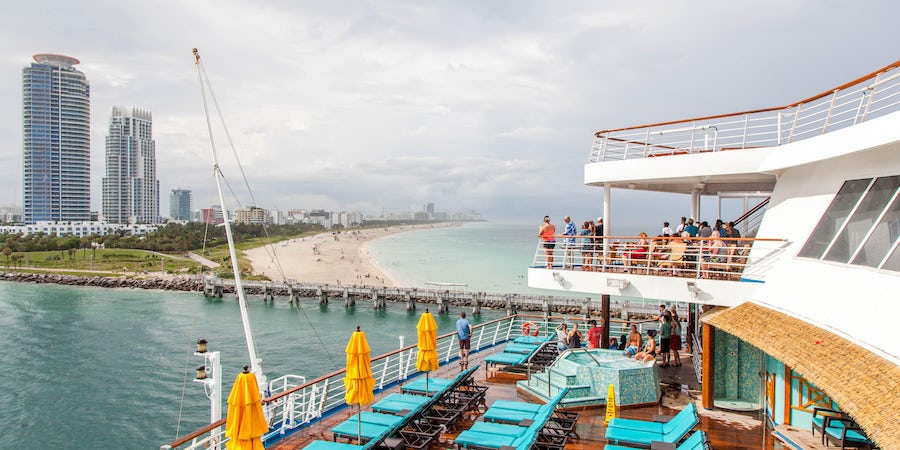 Sail Away at Miami Port

The CDC This Week: The Latest News on the Cruise Industry's Struggle to Restart

Sail Away at Miami Port

(11:10 a.m. EDT) -- This week has presented unique challenges for both the cruise industry and the U.S. Centers for Disease Control and Prevention.

The agency has come under fire from industry and government officials in recent weeks over its Framework for Conditional Sailing Order that has kept most U.S.-based cruises from operating over the last year. With its mandate to ensure the safety of Americans, the CDC has, so far, been unswayed by industry pleas that it can operate safely during the time of COVID.

Here's Cruise Critic's weekly recap of useful news tidbits between the cruise industry and the CDC:

CRUISE Act Struck Down in Senate

There was another blow for the cruise industry on April 21, with the CRUISE (Careful Resumption Under Improved Safety Enhancements) Act introduced by Florida Republican senators Rick Scott and Marco Rubio, and Alaska senator Dan Sullivan.

The Act was designed to repeal the CDC's Framework for Conditional Sailing in its entirety to allow for a restart of cruise operations within the United States.

"While many sectors of the economy have been safely operating for months under CDC guidelines, Floridians and those across the nation that rely on the cruise industry continue to wait, wait, wait," Scott told the Senate.

"The CDC's refusal to properly address this shutdown is wrong."

Referring to the fact cruising restarted in Italy last year and is set to resume all over the Caribbean, Greece and the UK, Sen. Sullivan said: "there's cruising all over the rest of the world".

"[We] are simply asking the CDC to provide a timeline [of] when the cruise industry can begin to open like so many other sectors, and the Cruise Act ensures they can do that in a safe manner."

Senator Patty Murray (D-WA) however, objected, and the motion failed to pass. Murray stated the cruise industry needed new rules and regulations before it should be allowed to resume operations in the U.S.

Alaska Joins Florida in Lawsuit against the CDC

On April 20, Alaska officially joined the state of Florida in suing the CDC over its refusal to consider a limited restart of cruise operations.

"Alaska's cruise ship tourism season is facing a second cancelled season due to the Federal Government actions," Dunleavy said in a video address filmed in Juneau. "Alaska is joining Florida's lawsuit against the CDC, urging them to revoke the Conditional No-Sail Order."

Much of Alaska, and Southeast Alaska in particular, relies heavily on cruise tourism for its economic livelihood. Numerous businesses have been faced with no revenue since the 2019 Alaska cruise season came to an end that October, and the cancelled 2020 season cost the State over $800 million in passenger expenditures and $1 billion in services like berthing, pilotage and provisioning.

Currently, only small, U.S.-flagged operators with vessels under 250 passengers and crew are allowed to operate in Alaska, as Cruise Critic experienced firsthand in early April. These small operators, however, are unable to make up the revenue shortfall left by their missing big-ship counterparts.

Even if the CDC were to lift its Conditional Sail Order today, significant challenges remain for Alaska: with Transport Canada closing Canadian borders to cruise travel through February 2022, foreign-flagged cruise ships would need to obtain an exemption to the U.S. Passenger Vessel Services Act -- something that is unlikely to happen -- in order for Seattle-based sailings to bypass a mandated port stop in British Columbia.

The travel industry pile-on continued this week, with the CDC casting its influence on other organizations.

On Monday, the U.S. State Department adopted the CDC's recommendations urging Americans not to travel abroad. A total of 130 new countries were added to the State Department's "Level 4: Do Not Travel" list.

In the United States, the state of Florida had 4,237 new COVID-19 cases on April 19, while the United States as a whole acquired 70,355 new cases nationwide that day, without any domestic travel advisories being issued.

CDC Warning on Cruise Travel Added to U.S. Embassy Statements in the Grenadines

One of the more bizarre developments over the past week was a U.S. Embassy notice to Americans looking to evacuate the volcanic eruption of La Soufriere in the Grenadines.

The U.S. Embassy noted it was coordinating with Royal Caribbean Group to provide Americans the opportunity to depart St. Vincent on April 16 by ship and sail to St. Maarten -- and safety -- aboard Celebrity Reflection.

The Embassy then noted, " CDC recommends against travel on cruise ships because the chance of getting COVID-19 on cruise ships is higher since the virus appears to spread more easily between people in close quarters aboard ships."

That warning -- that Americans should think twice about taking provided, complimentary evacuation from St. Vincent via cruise ship in the face of an erupting volcano -- went over poorly with most Cruise Critic readers.

"You can't make this stuff up," writes At Sea At Peace.

Cruise Critic will be providing weekly updates of the ongoing dispute between the CDC and the cruise industry, rolling smaller news items into one story at the end of each week.