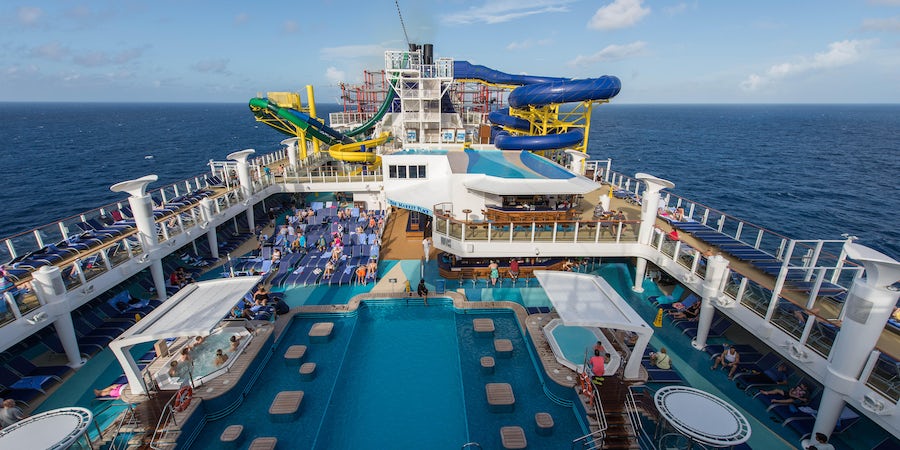 The Pool on Norwegian Escape

The Pool on Norwegian Escape

(2:50 p.m. EDT) -- After over a year without any cruise operations, Norwegian Cruise Line is preparing to launch a new docuseries about the challenges of restarting sailings as the line prepares to embark on its first return to service since the global heath pandemic shut down sailings last spring.Called "Embark - The Series," the new documentary will explore the return to service of Norwegian's 17 vessel fleet. The first episode will air at 8 p.m. EDT April 15 and will focus on the ongoing health and safety measures being put together to enable the line's return to service this June.The 30-minute episode will outline the new technology Norwegian is using to enhance the embarkation process; detail how shipboard staff and entertainers have fared over the past year; and how this unprecedented shutdown of the cruise industry has affected small businesses and partners of the cruise industry, like Miami-based Wynwood Brewing Company.The premier episode offers candid conversations with executives, including Norwegian Cruise Line Holdings' President and CEO Frank Del Rio and NCL President and CEO Harry Sommer.{#widget:image|decorators:article_image|image:10859072|title:Exterior on Norwegian Breakaway|description:Exterior on Norwegian Breakaway#}"We've lost $50 billion in market capitalization in less than a year," Del Rio somberly says at the opening of the first episode. "I can't think of anything that has affected the world during my lifetime like the pandemic."Rather than focusing on the negative aspects of the shutdown, however, the docuseries provides an entertaining, insightful and engaging look at Norwegian's road to restarting service, an optimistic look at the obstacles the company has had to overcome and the future."I love a comeback story!" Del Rio exclaims as the opening intro rolls.The Web series is a professionally produced documentary that wouldn't be out of place on streaming services like Netflix. Beautifully shot, with footage shot in Norwegian Cruise Line's new terminal and headquarters in Miami, and new interviews with staff and crew charged with keeping everything shipshape while awaiting a return to service, the advance screener Cruise Critic viewed was entertaining and informative -- and not just a little heartwarming.{#widget:image|decorators:article_image|image:10355161|title:Miami Port|description:Miami Port#}One of the more sobering moments in the premier episode comes when Jenny Lim, RVP Fleet Hotel Operations with NCL, describes the onset of the pandemic and the refusal of ports around the world to accept cruise ships in to disembark passengers and crew.Lim, who has worked for Norwegian for 19 years, keeps in contact with her relevant shipboard management team around the world, and expresses optimism around returning to service soon.Cruise Critic will also play a role in Norwegian's new "Embark" docuseries. Cruise Critic Editor-in-Chief Colleen McDaniel will be interviewed on an upcoming episode airing this summer.Watch "Embark" at

. Join a live Q&A session with Sommer and other NCL executives and team members on Thursday, April 15 at 7:30 pm EDT.