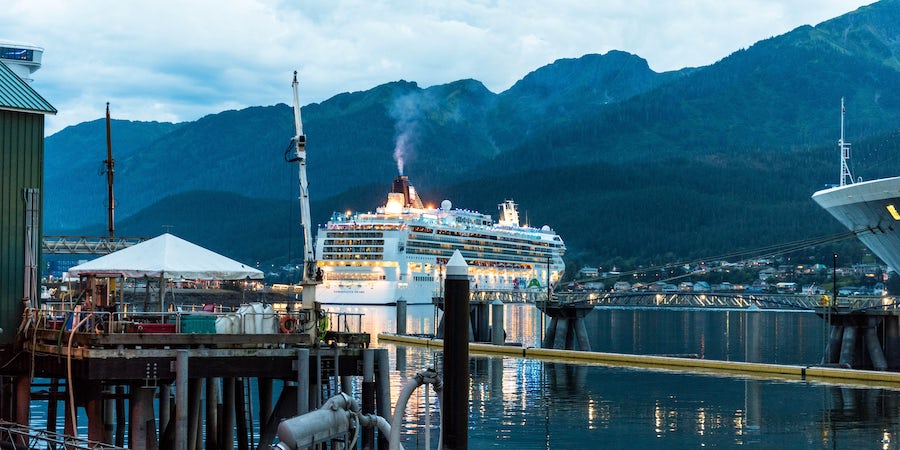 (Updated 5:21 p.m. EDT) -- The continuing negotiations between cruise lines and the U.S. Centers for Disease Control and Prevention (CDC) took a few more steps this week, although nothing solid toward answering the question that all cruisers have -- when are we going to sail?

The CDC has come under increasing criticism since releasing updated technical guidance for its Framework for Conditional Sailing on April 1. That guidance sidelines the long-awaited test cruises while adding additional regulations around operations, including the requirement for 12-hour rest periods for terminals and gangways between passengers.

That controversial requirement was later dropped, but not before the cruise industry forcefully pushed back on the CDC against rules that it feels go well beyond what the CDC is asking of other tourism-related industries within the United States.

On Thursday, Norwegian Cruise Line Holdings requested a response from the CDC to its plans for resuming safe operations within the United States by July 4, 2021. The plan, submitted to the CDC Director Rochelle Walensky on April 5, has been met with further silence from the government body.

Congress is also jumping into the debate, with senators from Florida and Alaska -- two states hurt by the ongoing closures -- introducing a bill to circumvent the CDC.

Here's the latest on the ongoing debate.

CDC Meets with Executives, Doubles Down on Guidance

On Monday, the CDC met with White House staff and cruise industry leaders and executives to discuss the Framework for Conditional Sailing that has been in place since October 30, 2020.

According to a statement put out by the CDC, cruise executives expressed frustration with the requirements, discussed incorporating vaccination mandates into the restart of passenger operations, and expressed a need to establish a working group with the industry and CDC in order to resume cruising operations as soon as possible.

The various stages of the Framework for Conditional Sailing were discussed as well, the agency said. "The objective of the meetings are to mutually review the top priority issues of the cruise industry to work out implementation details of the CSO (Conditional Sail Order), including the impact of vaccines and other scientific developments since the CSO was issued in October 2020.

"This goal aligns with the desire for the resumption of passenger operations in the United States by mid-summer, expressed by many major cruise ship operators and travelers," the CDC said in a statement.

The White House also commented on cruising during a recent press briefing, with Press Secretary Jen Psaki responding to questions about its potential restart.

"It's certainly an industry that we want to thrive, and we just want to ensure it is — we are reopening capacity in a safe manner and doing that as quickly as we can," Pskai said, in response to a question about the impact that the cruise ban was having on Alaska.

Yet positive movement halted Wednesday with the issuance of guidance recommending Americans continue to avoid all cruise travel, whether by ocean or river, domestic or foreign.  The CDC's guidance on cruise remains at Level 4: Very High.

The CDC recommends all travelers who decide to cruise anyway should obtain PCR testing one to three days prior to embarkation and three to five days afterwards, even if they are vaccinated. It also recommends that unvaccinated passengers should quarantine for at least one week following their cruise, though vaccinated travelers are not required to do so.

The agency's guidance isn't much different from what many cruise lines have already committed to doing. The cruise industry has instituted mandatory PCR testing before sailing of all passengers and crew, and numerous lines have mandated that both passengers and crew be fully vaccinated against COVID-19 before cruising. Viking even boasts the world's first PCR-testing laboratory at sea aboard its oceangoing flagship Viking Star.

Other initiatives are underway to try to force the CDC's collective hand. All parties seem to be targeting a July 4, 2021 resumption of cruise from the U.S., even as cruise lines sail away to new foreign homeports keen to see a return of cruise travel.

Furthering the calls for a resumption of cruise, a trio of U.S. Senators -- Rick Scott, Marco Rubio and Dan Sullivan -- from Florida and Alaska has introduced the Careful Resumption Under Improved Safety Enhancements (CRUISE) Act, designed to also facilitate a return to the seas.

The objective of the act is to persuade the CDC to revoke its Framework for Conditional Sailing Order by July 4, along with any other orders that may hinder the industry's safe resumption of service in U.S waters.

The CRUISE Act also requires the CDC to issue recommendations for how mitigate the risk of COVID-19 aboard cruise ships by June 1.

The newly-formed Senate Subcommittee on Tourism, Trade and Export Promotion heard from travel industry professionals who have called for passage of the bill and a commitment to re-opening all forms of travel within the United States.

"As was made clear in today's hearing, a full U.S. economic recovery won't happen without the reopening of travel," U.S. Travel president and CEO Roger Dow said in a statement after the conclusion of the hearings held Tuesday. "The travel and tourism industry accounted for a staggering 65 percent of U.S. jobs lost last year, so restoring this sector needs to be a national priority."

At the state level, Florida has filed suit against the CDC in order to encourage a return to cruise and Alaska Governor Mike Dunleavy has said that he would not rule out legal action.

Not every U.S. politician wants to see the cruise industry resume operations. On April 15, Congresswoman Doris Matsui (D-CA) and Senator Richard Blumenthal (D-CT) petitioned CDC Director Rochelle Walensky to strictly enforce the Framework for Conditional Sailing and to halt all cruises if any outbreaks of COVID-19 were to occur onboard.

“Given the potential for a large, virus spreading event on a cruise ship, the CDC appropriately issued its No-Sail Order to suspend cruise ship operations,” wrote the lawmakers in a statement.

"Prematurely lifting restrictions on cruising – with thousands of people in close proximity and conditions ripe for spread of infections – threatens a serious setback in this progress. It is absolutely critical that we listen to scientists and health and safety experts over the industry and its profit-driven executives."

Both Blumenthal and Matsui have been openly critical of the cruise industry and its efforts to resume operations within U.S. waters, despite successfully doing so outside the United States.

Within the private sector, Norwegian Cruise Line Holdings began a grassroots movement to persuade fans of its brands to contact their Senators and elected officials to encourage a restart of the industry.

The company also pressed the CDC to answer their request for movement so cruises could start by July 4, sending a reminder letter to the agency on April 15.

"We strongly believe our proposal submitted to the CDC 10 days ago, which includes mandatory vaccinations for all guests and crew, offers a safe and immediate solution to resume cruising and eliminates the need for the obsolete CSO, which in its current form is impossible to operationalize and more importantly ignores the advancement of vaccines," CEO and President Frank Del Rio said in the letter, which went out in a press release.

"Our proposal goes well above and beyond the intent of the CSO and would greatly accelerate the path to resume cruising while freeing up the CDC’s valuable time and resources, allowing it to focus on its many other competing public health priorities. I continue to await further discussion with the CDC and I am respectfully requesting a prompt response to my written proposal to recommence cruising in July allowing us to join America’s national reopening.”

Del Rio laid out his expectations in full in the letter, concluding, "I respectfully request a prompt response to my written proposal."

Cruise Critic will update this article with more information as it evolves.