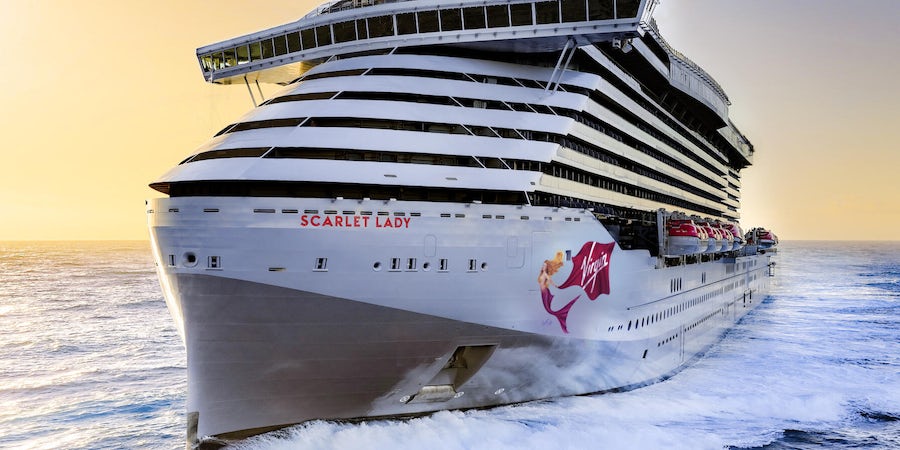 (9 a.m. BST) -- Virgin Voyages is the latest cruise line to abandon its intended U.S. homeport in favor of sailing around the UK instead.

Virgin Voyages announced Wednesday it will send Scarlet Lady on a series of adults-only sailings this summer, operating roundtrip from Portsmouth, England for passengers 18 years of age and over.

At this time, only residents of England, Wales, Scotland and Northern Ireland will be invited to join these unique sailings. All passengers must provide proof of full COVID-19 vaccination prior to embarkation.

Virgin joins at least 12 other lines that are basing ships in the U.K. this summer, including Royal Caribbean, Celebrity Cruises, P&O Cruises, Princess, MSC Cruises and Viking (here is the full list).

"Virgin Voyages has been looking forward to sailing, and we're so excited to announce our plans to sail from the UK," Sir Richard Branson, founder of Virgin Group, said. "Our team has curated such a fantastic experience for our Sailors and know this is a holiday they will love."

These new UK "staycation" sailings will be the first revenue cruises for the line, which debuted Scarlet Lady to UK media (including Cruise Critic) in Dover in February 2020.

The ship made a final stop in Liverpool before setting sail for the U.S. where it was due to be christened in Miami, just before the COVID-19 pandemic shut down travel last spring.

Three-night departures will take place on Fridays and return to Portsmouth on Mondays, while four-night cruises will operate between Monday and Friday.

In a media release provided to Cruise Critic, Virgin Voyages president and CEO Tom McAlpin praised the new sailings and noted Scarlet Lady will eventually work its way back to its intended homeport of Miami, Florida later this fall.

"After more than a year of waiting and a major emphasis on a safe return, we're ecstatic to announce these new sailings and bring Sailors what Virgin calls passengers onboard to experience what it's like to set sail the Virgin Way," McAlpin said.

"We look at our UK summer voyages as a homecoming to pay homage to our British roots, and what an excellent way to kick-off our sailing season before heading back to PortMiami."

Virgin notes part of the decision to operate these summer voyages around the UK is due to the fact "cruise operations in the U.S. remain uncertain". A number of cruise lines have sought to restart operations outside the United States as the U.S. Centers for Disease Control and Prevention continue to prohibit cruise operations.

Earlier this week, Carnival Cruise Line President Christine Duffy fired a broadside at the CDC, threatening to start operations from ports outside the U.S. unless progress was made with restarting cruising from the U.S.