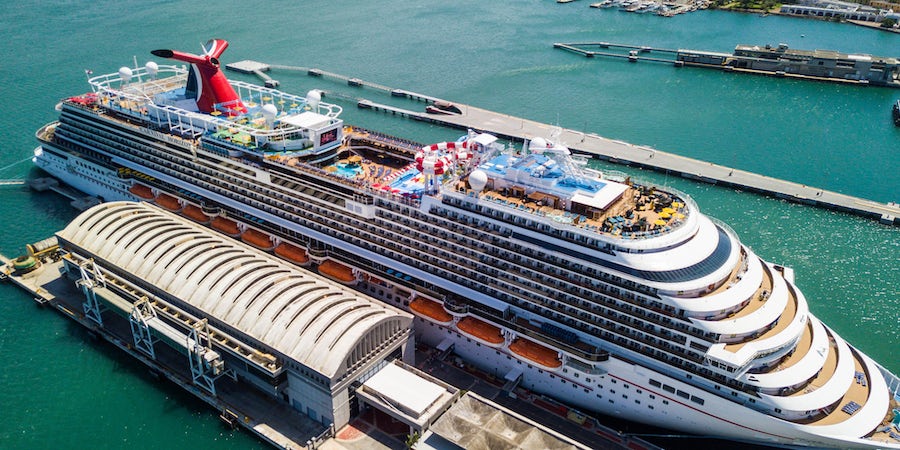 Carnival Cruise Line Boss Warns It May Be Forced to Leave U.S Homeports

(2:58 p.m. EST) -- The president of Carnival Cruise Line has warned it might be forced to look outside the United States for homeports if the Centers for Disease Control and Prevention continues to prevent the restart of domestic cruise activities.

Carnival issued a media release outlining further cancellations for the brand, which are now paused from all U.S. ports of call through at least June 30, 2021.

"We know that this is very disappointing to our guests who continue to be eager to sail, and we remain committed to working with the Administration and the CDC to find a workable solution that best serves the interest of public health," Duffy said. "We are asking that the cruise industry be treated on par with the approach being taken with other travel and tourism sectors, as well as U.S. society at large."

Duffy then put the CDC on notice that it would no longer sit idly by.

"While we have not made plans to move Carnival Cruise Line ships outside of our U.S. homeports, we may have no choice but to do so in order to resume our operations which have been on 'pause' for over a year," Duffy said. "We appreciate the continued patience and support from our loyal guests, travel advisers and business partners as we work on a return-to-service solution."

Carnival Cruise Line is the one of the largest cruise operators in the United States, with departures from 14 North American homeports.

Duffy's comments come as the CDC faces increasing backlash over its recent technical guidance, issued Friday, which still prohibits the industry from restarting from American ports.

The CDC has also rejected calls by the industry and even officials from the state of Florida to restart limited operations with ample health, safety and in many cases vaccination requirements in place; requirements that exceed what is being asked of other domestic tourism operators.

The loss of Carnival would be a huge blow to the U.S. cruise and tourism sector, particularly for cities that regularly see passengers traveling exclusively on Carnival Cruise Line vessels, like Jacksonville, Florida; Mobile, Alabama; and Charleston, South Carolina.

Carnival isn't alone in its thinking. Other lines have already begun to leave U.S. homeports in favor of countries like Bermuda, Iceland, Greece and Caribbean, jurisdictions where cruise travel is being welcomed for vaccinated travelers.

The CDC has so far not responded to NCLH. One day later, Norwegian announced it would resume operations in July and August -- from Caribbean and European locations outside the U.S.