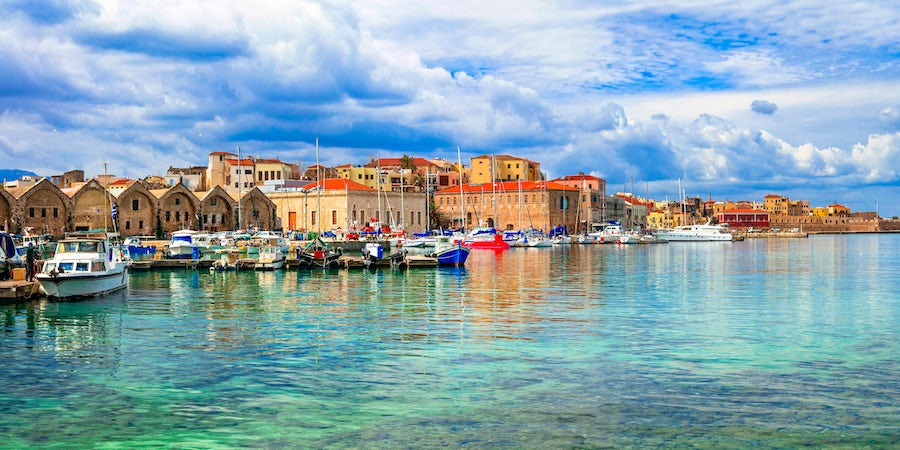 (1:40 p.m. EST) -- New destinations continue to emerge as the cruise industry looks to restart operations safely, and with the blessing of local government and regulatory authorities. The result is a dramatic shakeup in homeports for the cruise industry on a scale not seen in decades.The latest port to win homeport status is Crete. Both TUI and Hapag-Lloyd Cruises are looking to base operations on the island later this year according to

, with TUI reportedly sending its Mein Schiff 2 to homeport in Heraklion.Crete is the largest and most populous of the Greek Islands, with the city of Heraklion long serving as a popular port of call for passengers looking to come ashore to see attractions like the Palace of Knossos.But Heraklion is also a major ferry terminal for Crete and infrastructure needed to turn it into a homeport is already in place. Last year, TUI briefly utilized Heraklion as a turnaround port as well.{#widget:image|decorators:article_image|image:3128|title:Crete (Heraklion) (Photo:Vladimir Sazonov/Shutterstock)|description:Crete (Heraklion) (Photo:Vladimir Sazonov/Shutterstock)#}Heraklion International Airport provides direct flights to numerous European capitals, making it ideal for TUI and Hapag-Lloyd, which cater primarily to German-speaking travellers.Crete is the latest in a string of new homeports that have developed as a result of the ongoing coronavirus pandemic.Cruise lines have so far announced restarts in other former ports of call, including Limassol, Cyprus; Haifa, Israel; Bermuda's Royal Naval Dockyard; Nassau and Bimini in the Bahamas; Philipsburg, St. Maarten; and Bridgetown, Barbados -- the latter of which has long been a turnaround port, but which is a new homeport for Royal Caribbean, which will base its Grandeur of the Seas there beginning in December.While Heraklion will be utilized primarily by two lines catering to European clientele, North American-based lines have been looking to restart outside of the United States as the U.S. Centers for Disease Control and Prevention (CDC) continues to largely ignore pleas from the cruise industry for a measured restart of operations.Celebrity has already announced that Athens will be the homeport for its newest ship, Celebrity Apex, which is expected to draw American passengers, once the country opens travel to vaccinated visitors worldwide in mid-May.