You may also like
Dismiss
Coronavirus: Updated Cruise Ship Policies and Cancellations Because of COVID-19 (2021)
Hurtigruten Ramps Up Return to Cruising With Most of the Fleet in Service by September
Live From MSC Cruises' MSC Grandiosa: What's it Like Sailing on a Big Ship in the COVID Era?
Costa Cruises Becomes First Carnival Corp. Brand to Restart Cruising
Second Carnival Corp. Cruise Line To Restart Med Operations
Ships Ahoy! A Weekly Round-Up Of Worldwide Cruise Ship News
P&O Cruises Restarts Cruising For First Time in 15 Months on Britannia
Another Big Week for Cruising in England as More Ships Set Sail, Arrive For Restart
MSC Virtuosa to Return for Line’s Biggest Ever UK Season, MSC Cruises to Base Ship in the UK Year Round in 2022
MSC Cruises Extends Seasons of MSC Virtuosa Cruise Ship in the UK, MSC Bellissima in Dubai 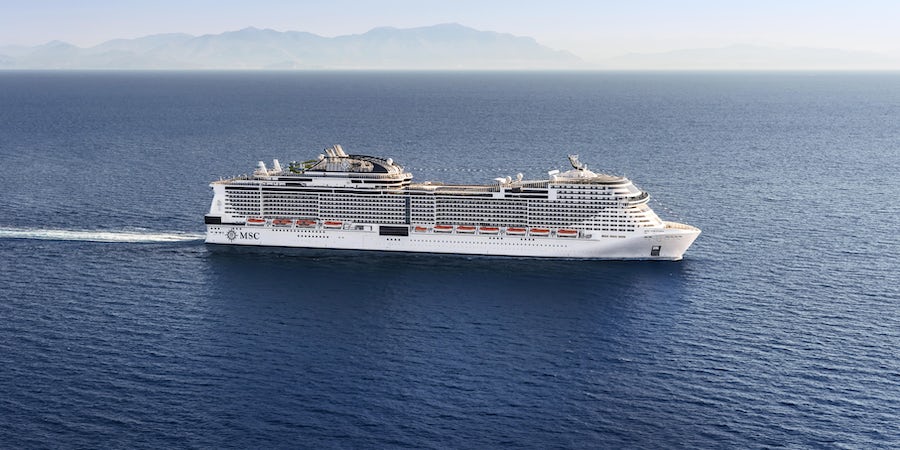 (7 a.m. GMT) -- MSC Cruises will base its newest and largest ship, MSC Virtuosa, for its inaugural season in Southampton starting May 20.

The line initially had planned to base the 3,223-passenger MSC Magnifica here for a series of summer sailings, but has today announced a swap with its brand-new flagship -- the 6,297-passenger MSC Virtuosa -- which has yet to officially launch.

MSC Virtuosa will offer a series of short-break cruises and week-long summer sailings calling in at Portland, Liverpool, Greenock and Belfast.

"Following our recent announcement that we intend to offer cruises in the U.K. we have been overwhelmed by the response from MSC Cruises customers and avid cruisers eager to get back on board and experience a cruise with us this summer," MSC Managing Director of the UK and Ireland Antonio Paradiso said.

"I am personally very proud to be able to bring our newest ship MSC Virtuosa to the U.K. so that our valued British guests are the first to officially come on board and the first to experience this incredible next generation ship."

MSC joins an ever-growing list of lines that will be sailing around Britain this summer, including Cunard, Disney, P&O Cruises, Princess Cruises and Viking -- though MSC will be the first to restart -- by two days. (Viking restarts May 22.)

MSC Virtuosa will initially operate six mini-cruises that will embark in Southampton and include a stop in Portland. These will be followed by a series of seven-night sailings from June 12, embarking either in Liverpool or Greenock.

The line will offer its tried-and-tested shore excursion bubbles, in which passengers can go ashore but only in a ship-organised tour, not independently.

Although a stop in Greenock is included in the plans, Scotland has not yet presented its roadmap out of lockdown.

Ian McQuade, general manager of commercial at Portland Port said: "Portland Port is delighted to be included in MSC's plans for the resumption of passenger cruises for the U.K. market and can't wait to welcome the beautiful MSC Virtuosa to the port.

"The port has maintained an excellent relationship with our local Port Health Authority throughout the pandemic, and it is clear that MSC Cruises has developed a thorough set of protocols to ensure the safe restart of operations."

The ship is likely to sail at half capacity, as MSC's ships in the Mediterranean have been successfully since July, with a full set of health protocols including deep cleaning, mask-wearing and social distancing, as well as the widespread use of touchless technology.