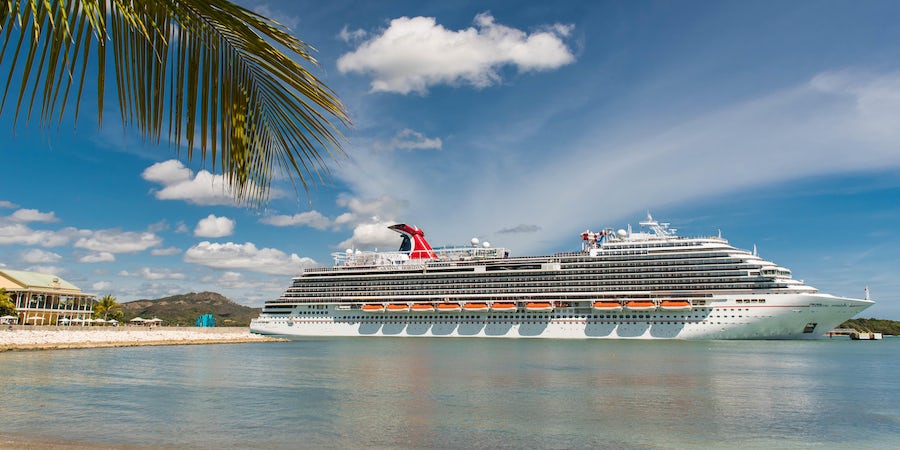 (5 p.m. EST) -- Carnival Cruise Line president Christine Duffy has reaffirmed Carnival's commitment to maintaining U.S. homeports, even as many in the cruise industry look abroad in order to restart operations.

In the past few weeks, lines have begun organizing sailings in the U.K., the Mediterranean and the Caribbean for restarts in May, June and July, working with local government authorities.

Cruising in the U.S., however, remains stymied by the Centers for Disease Control and Prevention, which continues to largely ignore the pleas of industry leaders, senators, mayors and local officials in numerous states to provide cruising with a proper framework for a safe domestic restart of sailings.

In a video address posted online, Duffy noted the availability of vaccines and remarked that despite negative coverage over the past week involving the agency, the CDC has yet to alter their guidance on cruise, merely reiterating that their "Framework for Conditional Sailing" remains in effect until November 1, 2021.

"Our decisions about vaccines continue to be informed by our global medical and science experts, and of course the requirements from the places in which we operate our ships and the destinations we visit," Duffy said.

Duffy then addressed the elephant in the room: How does a line like Carnival -- itself tremendously dependent on drive-to ports of embarkation within the continental United States -- plan to restart operations?

"The timing for restart in the U.S. continues to be a bit uncertain," Duffy said. "Some cruise lines have cancelled their June sailings, and several cruise lines have recently announced itineraries that will operate outside the U.S. and will require guests over the age of 18, and all crew, to be vaccinated."

"We have not made a decision here at Carnival about our June sailings, if in fact we could be given the opportunity to restart cruising from the U.S."

Duffy said that while June sailings are still technically on the books, anyone booked on a June sailing with Carnival would be allowed to cancel without penalty.

Carnival typically stays close to home, deploying only a handful of ships from foreign ports like Barcelona or Vancouver for a small seasonal timeframe. The majority of the fleet sails from tried-and-true U.S. homeports like Miami, Tampa, Jacksonville, Galveston, Mobile, Baltimore and Long Beach.

Many of Carnival's loyal passengers embarking on these sailings do so with only a birth certificate and a driver's license. This is acceptable documentation for an American citizen making a closed-loop cruise that returns to the United States, but unsuitable for cruises embarking in foreign ports like Nassau or Bermuda, where passports and air travel would be required.

"We currently do not have any plans to move our ships away from their U.S. homeports," said Duffy. "I have always said Carnival Cruise Line is America's cruise line."

"We also sail more families and children than any other cruise line," she said. "And as you know, so far the vaccines are not approved for anyone under the age of 16."

In closing, Duffy reiterated that the CDC has allowed other forms of travel to operate nearly unfettered, while keeping the cruise industry shuttered.

"If it's safe to fly on an airplane, stay in a hotel or resort, or visit an amusement park, it should be safe to cruise on a ship with the additional health and safety protocols that we have in place," Duffy said.