You may also like
Dismiss
Cruise Lines Cancel Amsterdam Calls Over Tourist Tax
Ex-Pacific Eden Cruise Ship Emerges as Vasco da Gama
Cruise & Maritime Voyages Acquires Pacific Dawn and Pacific Aria From P&O Cruises Australia
Which Cruise Ships Will Be Scrapped Or Taken Out of Service Because of the COVID-19 Pandemic?
Concern for Empress, Majesty of the Seas Cruise Ships Grows; Royal Says It's Not Selling
More Ship Sightings: Updates on Cruise Ships Worldwide
Where's That Ship? A Weekly Look At Cruise Ships Worldwide
Ships on the Move: Your Weekly Cruise Ship Round-Up
Missing Your Cruise Ship? Here's What They're Up To
Move That Ship: Keeping Tabs on the Global Cruise Fleet 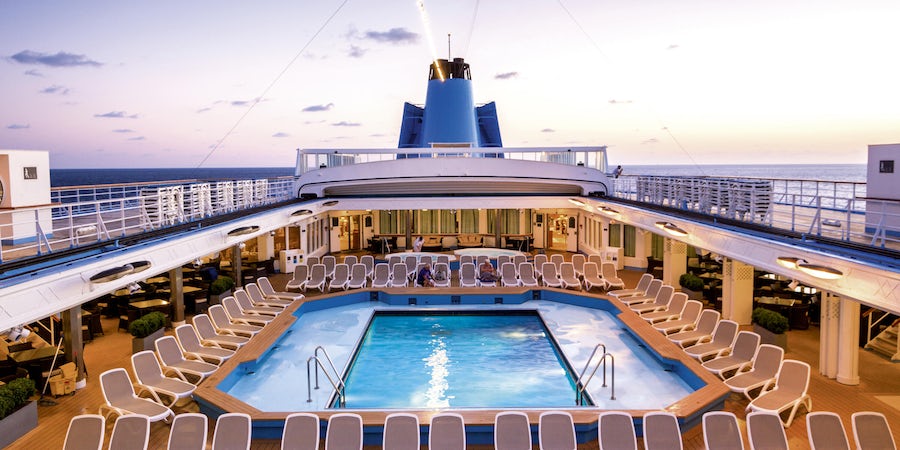 Ship to Shore: A Round Up of Cruise Ships Worldwide

(11:55 a.m. EST) -- Very few ships are sailing with passengers onboard right now, but that doesn't mean they aren't on the move.

In fact, there's a lot going on with cruise ships-- whether they are being sold, scrapped, repositioned or -- fingers crossed -- getting ready for a restart.

Here's your weekly round-up of cruise ship news from around the world.

As regular readers will be aware, we have been following the fortunes of the former Cruise & Maritime Voyages fleet since the line sadly went bust last year.

And, sorry to say but it looks as if another one of the fleet is headed to India where it will be dismantled and sold for scrap, according to

This time, it's the turn of Columbus, which many readers may well have sailed on over the years.

The ship began life in 1989 as FairMajesty for Sitmar, before being renamed Star Princess and becoming one of the founding fleet of Princess Cruises, with whom the ship sailed for 10 years.

Columbus also sailed as Arcadia for P&O Cruises and as part of the short-lived Ocean Village cruise line. The ship's penultimate incarnation was as Pacific Pearl for P&O Cruises Australia, before joining the CMV fleet in 2018 and renamed Columbus.

Columbus is now the fourth ex-CMV fleet to be sold for scrap -- Magellan, Marco Polo and Astor all suffered the same fate.

One of Royal Caribbean's most popular ships, Majesty of the Seas, has recently shifted ownership after being bought in December,

according to cruise ship journal, Tradewinds

The 1992-built ship has ended up in the hands of the same individual who has been buying up a number of former Carnival Corp. ships, as well as CMV's Columbus (above).

It's not clear what he intends to do with the ship, whose name has been shortened to Majesty, but industry sources it will likely be sold on again.

The ship was a game changer when it was first built at the Chantiers de l'Atlantique shipyard, with its iconic wraparound restaurant.

Royal sold the ship, along with Empress of the Seas, as Royal divested itself of its older and smaller vessels.

Latterly, it sailed short cruises from Port Everglades to the Bahamas.

And finally, could all those ships floating around off the south coast of England could be put to better use?

One council leader thinks so, suggesting that ships including Marella Explorer, seen here in Torbay, could be turned into floating hotels,

according to the Independent

Steve Darling, the Liberal Democrat leader of Torbay Council in Devon, has called for cruise lines whose vessels are moored in the bay to consider opening them for overnight guests to help relieve the demand for holidays in the southwest.

His thinking is that with Brits likely to opt for staycations this summer, the popular seaside town will need extra accommodation.

However, Darling's comments came just before Marella announced a return to cruising this summer -- although the line has not given a firm restart date yet.