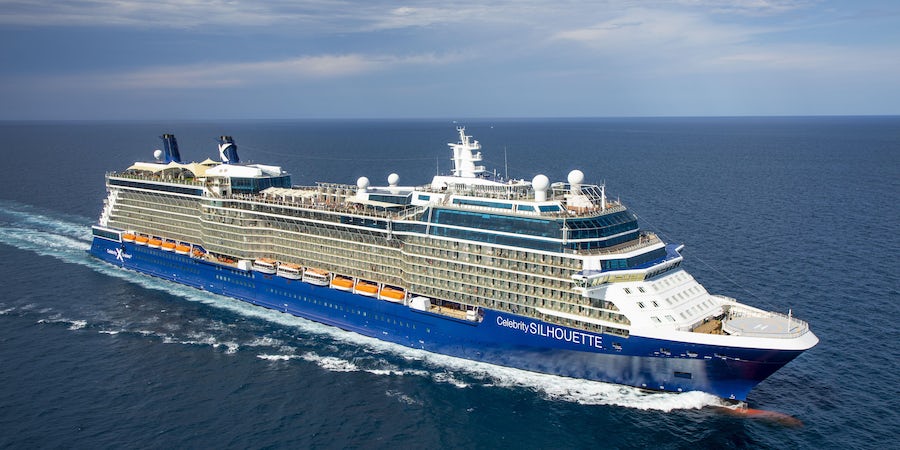 (9 a.m. GMT) -- Celebrity Cruises has joined the growing list of cruise lines which will offer round-Britain cruises this summer.

The line will base the 2,995-passenger Celebrity Silhouette in Southampton from July 3, offering six- to eight-night itineraries which will include port calls in Portland, Liverpool, Inverness, Kirkwall and Glasgow.

The announcement comes just days after Celebrity Cruises announced its Caribbean comeback with Celebrity Millennium departing from St. Maarten and its Europe restart with Celebrity Apex making its debut in Greece, both in June.

"We are excited to offer guests the chance to reconnect at sea with family and friends and to make up for all those missed celebrations," said Jo Rzymowska, Vice President and Managing Director EMEA.

"I cannot thank our UK travel partners enough for their unwavering support throughout this unprecedented time. We can’t wait to welcome our mutual guests onboard Celebrity Silhouette."

Some lines are demanding all passengers, including under-18s, are vaccinated (here's the full list); others are mandating for over-18s only -- with under-18s showing proof of a negative PCR test.

Rzymowska acknowledged that it would be a crowded market this summer, with at leas nine other lines competing, and limited port stops, however she was confident the line would be able to differentiate itself from the competition:

"There's no denying there is going to be quite a significant number of ships sailing round the U.K.," she said. "I think based on that, what's important is the experience onboard."

She listed the line's newly-introduced "Always Included" package, with Wi-Fi, alcoholic drinks and tips all included; the fact that Silhouette has been completely "revolutionised" with a number of features from the line's newer Edge-class ships, with new cabins, a keycard-only area for suite passengers called The Retreat and a number of new bars and restaurants.

The ship will be sailing at less than half full at first, but the plan will be to gradually increase that, depending on government guidelines at the time, Rzymowska confirmed.

In terms of life onboard, again she said it would again depend on government guidelines as to whether the ship mandates mask wearing and social distancing. However, she did say that technology would play a significant part at all touch points with passengers' phones acting acting as a check-in device, a key card, a TV remote and a light switch, as well as to make bookings in restaurants, for shows and the spa, itinerary planning and communicating with other passengers.

In addition, the line will do away with the traditional muster, for an e-muster, in which you learn how to put on a life-jacket and find out how to get to your muster station from the in-cabin TV.

Rzymowska also said it was too early to say whether everything would have to be booked ahead or if people could still turn up to dine as and when they wanted.

"We want people at the end of the day to have a holiday," she said. "Bearing in mind we're asking for all adults to be vaccinated and all under-18s to show proof of a negative PCR test, we want the hygiene factors to be there whereby people know they are having one of their safest holidays, but we don't want people to focus on that we want them to focus on having a lovely holiday onboard."

She was confident that ports stops would go ahead in Liverpool and Belfast, but admitted that it was still not clear if shore excursions can or will take place in Scotland as it has not announced its roadmap for reopening tourism.

"We believe there will be alignment," she said. "There's slight risk that there isn't, but Belfast is fine because Northern Ireland said it's fine, Portland is fine, Liverpool is fine."

A spokesperson said: "Whilst Scotland hasn’t yet opened up, we are hopeful that the Government roadmap on the resumption of international travel will be achieved, ahead of our sailings this summer.

"We are confident that the governments are working together to align with lifting travel restrictions. We expect to have the ability to visit all the ports on our new Silhouette sailings."

It's also not clear yet whether passengers will be able to go onshore on their own or as part of an organised tour group: "There's lots of things we need to wait and see nearer the time because the world is changing so fast. So we will definitely have our own curated excursions, and we don't know yet whether guests will only be ablr to go onshore with us or whether they can do their own thing."

Celebrity Cruises President and CEO Lisa Lutoff-Perlo said: "We're delighted to be returning to Southampton after over a year away. We are truly committed to the UK market and can’t wait to welcome guests back onboard.

"What could be better than a new luxury ship, ready to take guests on a journey around one of the world’s most beautiful and impressive coastlines? Not only is this extremely significant to us as a business but also to the local tourism industry."