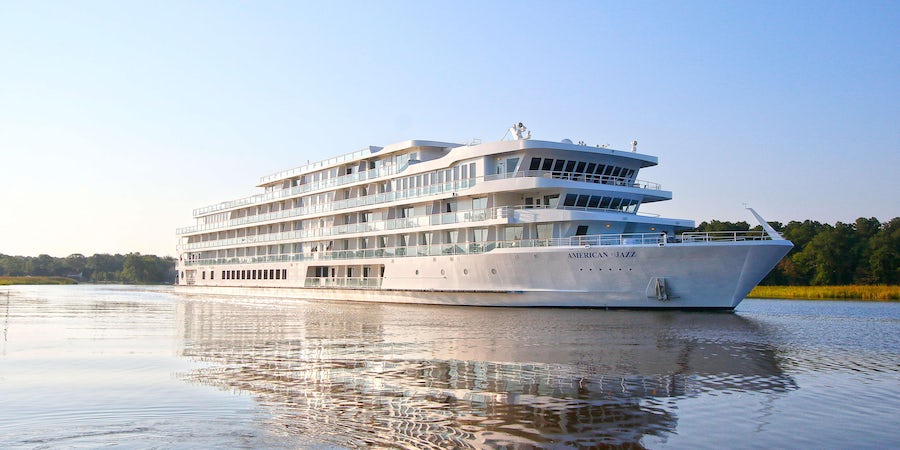 (9 a.m. EDT) -- As cruisers look for guidance on health and safety policies for upcoming sailings, it's important to note that the rules can be ever changing, even right up to departure.

That scenario played out over the weekend as U.S. river cruise operator American Cruise Lines surprised passengers booked on its initial river cruise sailings by mandating a COVID-19 vaccination requirement that had not been previously publicized.

After starting coastal cruises on March 13, American Cruise Lines has revised its published policy that states only two negative COVID-19 tests would be required – one taken several days before boarding and one right before embarking.

It is now requiring guests on its current sailings to be fully vaccinated against COVID-19 – but only on cruises through April 10, however, a spokesperson told Cruise Critic. It does affect the first few sailings of the line's newbuild for the Mississippi River, American Jazz.

The temporary vaccination mandate, which is not listed on the company's website or social media channels, marks one of the more confusing entries into cruising restart, as passengers scheduled to sail on the Mississippi River and other voyages were caught unaware.

"While we continue to strongly recommend the vaccine for all guests who are able to receive it, it is not currently required for cruises departing after April 10, 2021. American was the first company to resume cruise operations in the United States and remains committed to the safe operation of its vessels.

"We regret any inconvenience this change has caused. Affected guests have been offered a full refund or the opportunity to cruise later this season."

aware of the change

over the weekend after calling the cruise line to ask about its COVID-19 testing requirements, only to discover they were required to be fully vaccinated.

"We are supposed to sail on the Queen of the Mississippi next week," writes cwatts15. "I called to get some info today about the Covid testing and found out that they just decided that vaccinations were mandatory now.

"Unfortunately, my brother is not vaccinated because he is not eligible in his state. They said sorry he can’t go. No letter, no email, just a oh by the way your brother will not be allowed on the boat."

Other Cruise Critic board members were similarly surprised by the change, which is still not reflected on the line's website.

"I was told also vaccinations were required by ACL yesterday (3/20/21) when I called ACL and spoke to two of their representatives," writes Pmcevoy. "I had never received any email informing me of this mandatory vaccination requirement, nor did my ship partner who lives in another state, but I found out about it by chance when I called (one week before departing)."

"Something doesn’t sound right," writes BaumD. "There is nothing on their website or in the news referencing this change. Their website still requires a negative PCR test and they recommend a vaccination but it is not required. Has anyone else been told of this requirement?"

While many posters welcomed the change and the vaccination requirement, many expressed unhappiness at the lack of communication on the part of American Cruise Lines.

"I am happy that the cruise lines are requiring vaccination," concludes cwatts15. "I strongly feel this was handled very wrong!!! ACL made a decision abruptly last Tuesday, not in line with the other cruise companies."

While numerous lines have already issued mandatory vaccine requirements for future sailings, American Cruise Lines had not previously announced any vaccine policy. And while the initial vaccine mandate is currently only in effect for sailings until April 10, 2021, a spokesperson told Cruise Critic this guidance could change at any time.

It is not the only company to have an unusual timeline for requiring vaccinations; competitor American Queen Steamboat Company is also requiring vaccinations -- but only for voyages departing from July onward. The sailings before that will rely on COVID-19 PCR tests before the cruise, as well as other health and safety protocols onboard.

That line christened its new ship, American Countess, in New Orleans yesterday. Cruise Critic is on that sailing and will report back this week.

American Cruise Lines, meanwhile, continues to restart operations. Independence re-entered service on March 13 and American Jazz on Sunday, March 21. The line, which has American-built ships and crew so it can sail in the U.S. without a foreign port stop requirement, plans to have its entire 13-vessel fleet back in service by summer 2021.