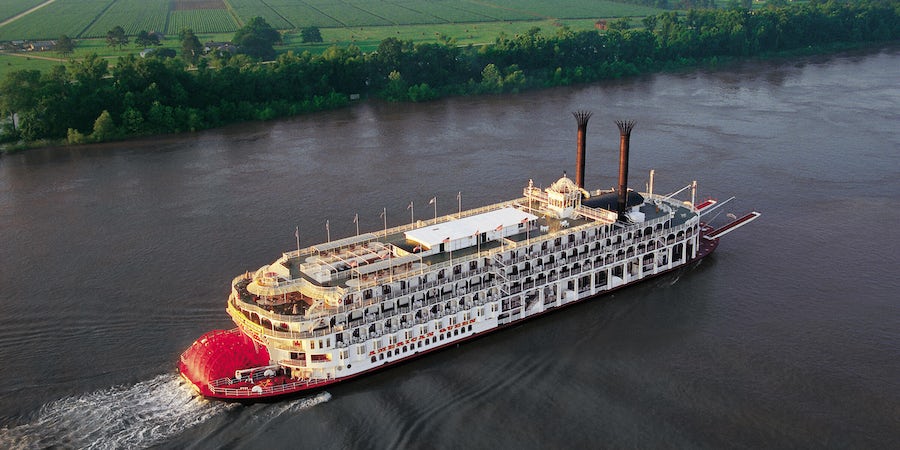 (10:30 a.m. EST) -- Two U.S. small ship lines are quietly resuming cruising this weekend, marking the first 2021 sailings back on the water and among the few that have cruised at all in North America since the global pandemic shut down cruising last March.

Both lines, American Queen Steamboat Company and American Cruise Lines, have ships that are small enough to bypass the current CDC orders against sailings. The lines are also American flagged, with American crew, and are thus able to sail in American waters without a stop in Canada or another foreign port.

Because their size gives them more flexibility, both lines had made plans to return to service at various points in 2020, but the unpredictability of the pandemic quashed those efforts.

The only cruises that sailed last year in North America were a few voyages on the St. Lawrence River in Canada by St. Lawrence Cruise Lines; a truncated Maine summer and fall season on two schooners, Stephen Taber and Ladona; and an attempt at a Caribbean season out of Barbados by SeaDream Yacht Club, which was cut short by COVID-19 cases.

Here is the return plan for both lines.

American Cruise Lines is departing March 13 on its coastal cruiser Independence, on a seven-night sailing from Amelia Island and Jacksonville, Florida, to Charleston, South Carolina.

The ship usually carries 100 passengers, but the cruise line has reduced capacity to 75 percent. The trip includes a complimentary precruise night onboard, so travelers on this first trip are arriving today.

The line requires a negative COVID-19 PCR test for all passengers and crew on the ships, taken within four days of boarding. A medical officer will be conducting a preboarding health screening, whcih will include questions on vaccination status as well as a second pre-boarding COVID test. (Currently there is no vaccine mandate, but the line is strongly recommending it.) Masks will be required onboard in public spaces

Shore excursion sizes have been reduced, and coaches will be operated at reduced capacity to ensure distancing. Cabins onboard have been kept aside for isolation, if need be. Each cabin has its own HVAC system, and there is no shared air.

The second departure for the line will be on its 2021 newbuild American Jazz, sailing on the Lower Mississippi River from New Orleans to Memphis. That trip departs March 21.

American Cruise Lines is also one of the few small ship lines that will be able to sail in Alaska this summer, given that they don't need to stop in Canada to satisfy the Passenger Vessel Services Act. That season begins in early June.

American Queen Steamboat Company is starting its season March 15 with two private charter sailings on its most upscale vessel, American Duchess. The ship will sail between New Orleans and Memphis on the Mississippi River.

The line of paddlewheel ships will christen its latest vessel, American Countess, on March 21, followed by a preview cruise. It will sail its first revenue cruise March 28.

AQSC has implemented a vaccine requirement for all passengers, crew and partners, taking effect on all sailings beginning July 1. The mandate will include shore excursion drivers as well.

In addition, the line is requiring all passengers and crew to take a COVID-19 test the night before they board, during their precruise hotel stay. Capacity on the ships has been reduced, and social distancing will be maintained. Masking in public spaces will be required when social distancing is not possible.

Sanitization has been prioritized, with antiviral electrostatic fogging in public areas overnight and in cabins before the cruise. Self-service buffets have been replaced with other dining options, and a nurse will be onboard.

Cruise Critic will attend the American Countess christening and sail on its first cruise. More coverage to follow.