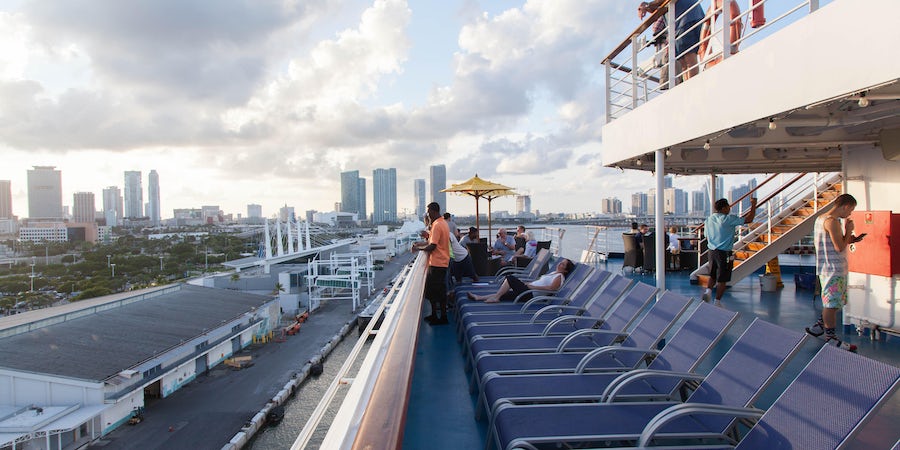 (1:44 p.m. EST) – The Cruise Line Industry Association said it was hopeful that the U.S. vaccination rollout could prompt the Centers for Disease Control and Prevention to rethink its cruise ban – but noted no conversations surrounding a quicker resumption were currently taking place.

If the vaccine is available to all by the end of May -- as the Biden administration has promised -- that could be the "inflection point" where the CDC lifts its current regulations preventing cruising, said Brian Salerno, Senior Vice President, CLIA Global Maritime Policy.

"It could be used as a fresh opportunity to engage with CDC. I think in many ways the Conditional Sailing Order reflected thinking from six months ago and it could stand to be updated and reflective of the new situation," he said.

Salerno was speaking at a CLIA-organized press briefing to discuss the resumption of cruising in the UK, following the UK government announcement of a possible May 17 restart.

While the UK, as well as governments in Europe, have been talking actively about getting the cruise industry back in business, cruise lines in the US are in a holding pattern, unable to even resume test cruises without CDC guidance.

"The government in the UK and in Europe has been a little more willing to engage with industry in finding a path to resumption," Salerno said.

"The CDC has been less enthusiastic about doing that, however."

This week marks a year since cruising stopped worldwide because of the global COVID-19 pandemic. Yet other countries have allowed cruising to begin a limited restart – notably in Italy from last July and from Singapore since December.

Royal Caribbean recently announced it would base its newest ship Odyssey of the Seas in Israel, the most heavily vaccinated country in the world, with cruises starting in May. Executives intimated that the UK could be next, due to its successful vaccine rollout.

Closer to home for U.S. cruisers, Crystal announced Thursday that it would deploy Crystal Serenity to The Bahamas, sailing from Bimini and Nassau, visiting only Bahamian islands. Voyages start July 3, 2021 and run through October.

As more people in the United States become vaccinated and cruise lines announce successful restarts in other countries, cruisers hungry to get back to the seas may find themselves frustrated with the CDC's slow stance.