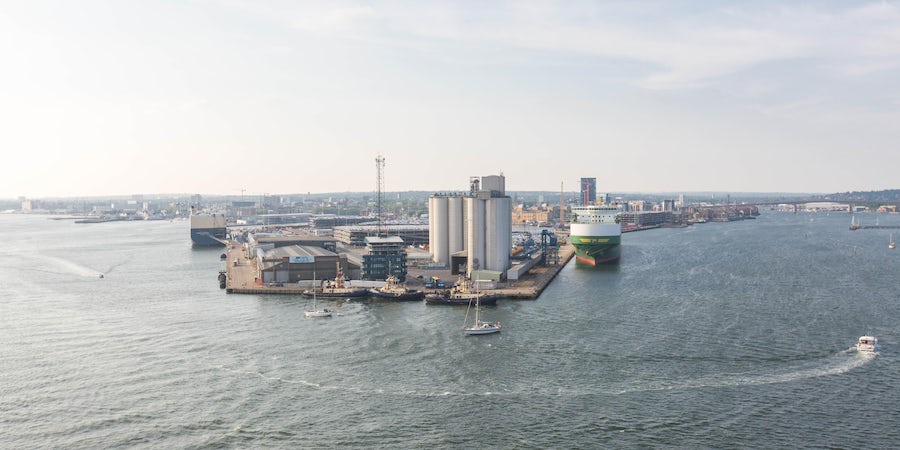 Domestic Cruises Given Green Light for May 17 Restart

Although the roadmap to a restart at this stage is just for cruises to and from ports in England, the All Party Parliamentary Group, of which Courts is a member, confirmed it was in discussions with Scotland, Wales and Northern Ireland for a UK-wide restart.

The announcement comes just days after both P&O Cruises and Princess Cruises cancelled all international cruises from the UK and announced they would be sailing domestically all summer.

The news came via a Tweet from the APPMPG:

"NEWS Maritime Minister @robertcourts announces the reopening of the domestic #cruise market in England on 17 May at tonight's @APPMPG meeting."

A second Tweet stated: "From repatriation procedures and risk mitigations to CV-19 protocols and the domestic vaccination programme, a great @APPMPG session w/ @robertcourts who delivered some much appreciated news. A pathway to the domestic cruise market re-opening on 17 May."

Andy Harmer, director, CLIA UK & Ireland said: “We strongly welcome the announcement that cruise will be included alongside the restart of other domestic tourism in the UK.

"The industry has long planned a phased restart for cruise, with domestic cruises representing the first stage of this plan."

He added: "We look forward to continuing to work collaboratively with the Government, including through the Global Travel Taskforce in order to ensure the safe restart of international cruise in time for the summer season."

The following statement was released by the Department for Transport said it was committed to working hand in hand with the cruise sector for a "safe and successful" restart:

“The restart of domestic cruises in England will be aligned with the wider resumption of the domestic tourism and indoor hospitality sectors. As set out in the Prime Minister’s roadmap, the earliest possible date for this step is 17th May."

It's still not clear where the ships leaving from England will stop at, apart from English ports, but discussions are currently ongoing with the devolved nations to ensure the opening is UK-wide, according to the APPMPG.

Jackie Doyle-Price, chair of the APPMPG and MP for Tilbury (home of the London Cruise Terminal), said:

"The partial re-opening of the domestic market offers the cruise industry an opportunity to demonstrate that its processes are robust for both passengers and crew to start to rebuild consumer confidence and get people back onboard.

She said she had seen "first hand" steps Saga Cruises has taken in terms of health and safety.

"This is a point we will be taking up with the devolved administrations in the coming days to ensure that the re-opening of the domestic cruise market is UK-wide," she added.

Cruise lines were quick to welcome the news, but none would commit to a specific restart date.

"We are delighted that the Government has acknowledged that UK domestic cruise holidays can begin from May 17. Whilst it will take some weeks after this date for us to restart our operations, we are very much looking forward to welcoming guests on board this summer."

Nick Stace, CEO of Saga Travel, said: “We welcome the news that the Government will allow domestic cruising to return from the 17th May. This is an important milestone in the resumption of cruise operations, albeit with some restrictions at first.

"We are working around the clock to get ready for resumption and to fulfil the pent up demand we know is there for cruising.”

Antonio Paradiso, Managing Director MSC Cruises UK & Ireland, said: "We are delighted by the decision from the government to allow UK domestic cruise holidays to start as of May 17.

This is a significant step forward to enabling UK residents to cruise again with a phased approach and we know that this will be welcome news for our guests and travel partners.

"We are working hard to prepare our plans for summer, finalising operational details and will provide further information to our guests as soon as we are able."

Chris Hackney, Managing Director of Marella Cruises said: "We welcome the positive news from government that domestic cruises will be included alongside the restart of other domestic tourism in the UK.

"We’re working through what this means for Marella Cruises and our summer programme and we’ll update customers as soon as we have more information."

And Anthony Daniels, General Manager, UK and EMEA, of Hurtigruten, which is planning a summer programme from Dover for the first time, said:

"We welcome the news today from the Department of Transport that domestic cruises are able to operate from the 17th May. It’s another positive step forward for the cruise industry and for travel agents."