You may also like
Dismiss
Coronavirus: Updated Cruise Ship Policies and Cancellations Because of COVID-19 (2021)
Foreign Office Eases Travel Exemption for 67 Countries, Paving Way for European Cruises
Hurtigruten Ramps Up Return to Cruising With Most of the Fleet in Service by September
Rolling Out the Deals: Why Now Might Be a Great Time to Book a Cruise
Marella Cruises Reveals New 2021/22 Itineraries to the US, Caribbean and Asia
Adventures by Disney to Offer First Expedition Cruises Geared Toward Families
Allure of the Seas Cruise Ship to Make Oasis-Class Debut in Galveston
P&O Cruises Restarts Cruising For First Time in 15 Months on Britannia
U.K. Black Friday & Cyber Monday Cruise Deals -- Extended
Emerald Cruises Officially Launches in Australia 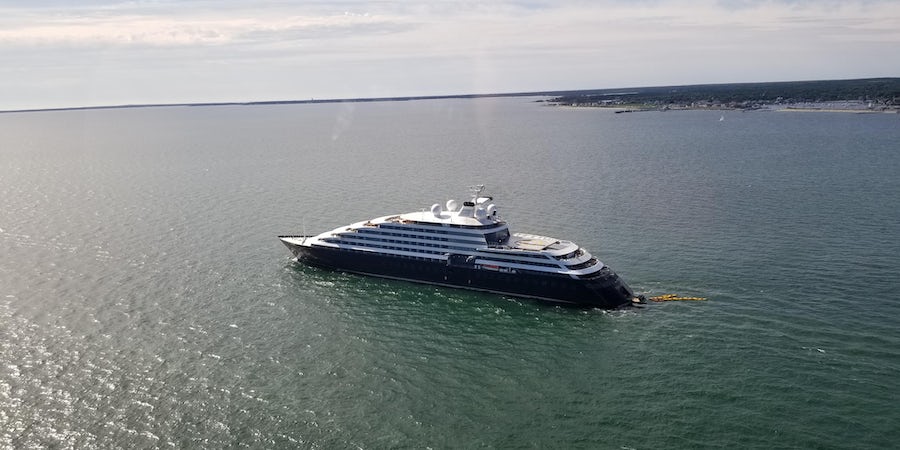 Scenic Eclipse will sail a series of eight and 11-night cruises between Darwin and Broome beginning on 17 June 2021 . The impromptu season will finish up on 18 August 2021.

The Kimberley sailings were originally slated to begin on 30 May 2021, but was moved back a few weeks after Australia extended the date of its cruise ship ban.

The Kimberley Coast is one of the most remote parts of Australia. A tropical desert covering some 423,000 sq. km, it boasts thousands of years of indigenous history, spectacular waterfalls, dramatic tidal floes and a healthy population of saltwater crocodiles along with gorgeous vistas, Aboriginal art, and dramatic sunsets that make this destination a photographer's dream.

These new cruises aboard Scenic Eclipse are still subject to approval from Australian regulators to sail within the country's territorial waters, according to the fine print, and will be subject to all local health and safety regulations.

The voyages are being marketed only to passengers residing in Australia at this time.

Carrying 228 passengers, Scenic Eclipse is well-suited to exploring the rugged, remove and breathtaking Kimberley Coast. The ship is equipped with two onboard Airbus helicopters and its own submarine, lending it to luxury expeditions by air, land and sea.

Pricing starts at $15,475 AUD per person. Customers are being urged to book early, as these one-off sailings are likely to book up quickly.

Scenic, founded in Newcastle by Glen Moroney over three decades ago, is the latest line to announce it would resume cruise operations in Australia, following the successful restart of Coral Expeditions sailings in January, and a planned restart in Western Australia this March.

After being denied entry to New Zealand in an abrupt about-face by that government, French expedition operator Ponant has also shifted its focus to Australia, with sailings set to start in September.