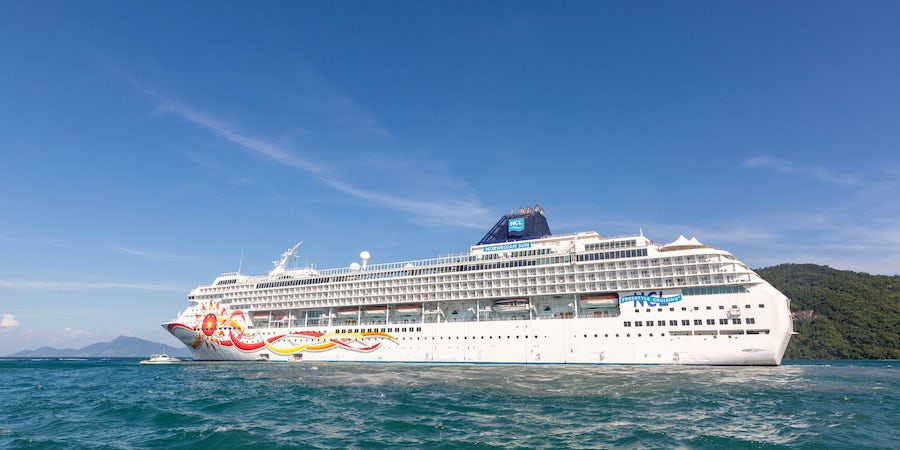 (2:45 p.m. EST) -- The worldwide COVID-19 vaccination rollout is driving strong future cruise bookings and could cause an eventual "boom time for the industry," a top cruise executive said Thursday.

A combination of pent-up demand and higher numbers of people who have received the shots has led to future bookings being "significantly ahead" of the record year of 2019, Norwegian Cruise Line Holdings President and CEO Frank del Rio said at the Q4 earnings call Thursday.

NCLH's results mirrors those of Royal Caribbean Group, which also reported strong cruise bookings and higher pricing at its earnings call on Tuesday.

"We all knew that vaccines were ultimately going to the deciding factor," Del Rio said, noting the rollout ramp-up that has been going on in the United States and the U.K., among other countries. "We are in a better place than we were six weeks ago."

2022 Bookings Ahead of Previous Records

Following suit with other large cruise companies, Norwegian Cruise Line Holdings reported that future bookings are "significantly ahead" of the record year of 2019, with prices staying strong, despite having ships paused since March 2020.

The trend is true across the three brands, Del Rio said. He pointed to Oceania's 2023 World Cruise, which sold out in less than a day. One third of the bookings on that cruise were from people who had never sailed on the line before.

There's a caveat -- that's not necessarily the case in the immediate short-term, as the company's overall cumulative booked position for the second half of 2021 is below historical records. Del Rio attributed it to the uncertainty the lines still have about when they can actually resume sailing.

But the pricing for the later months in 2021 is still in line with pre-pandemic levels, even taking into account the number of passengers who have rebooked using Future Cruise Credits (FCC). Cash bookings account for 75 percent of the later 2021 bookings, as opposed to FCC.

Since November 2020, the company has shied away from issuing FCCs, giving passengers on canceled voyages full refunds instead, Del Rio said. The move keeps space on the ships open for new customers, who are more likely to pay the full price and generate higher yields.

In January and February, booking volume improved by 40 percent from November and December. More than 80 percent of those bookings were from new, as opposed to rebookings with FCC.

So what demographics are behind the booking surge? Del Rio said that for all three brands, the sweet spot for bookings are people who are 55 and older.

"Early in the pandemic, people were writing off the mature market," Del Rio said, reminding listeners that many experts assumed that COVID-19 might scare people, particularly those who were older and possibly more at risk, from travel for good. "It's been anything but."

The segment of travelers who are over 65 is particularly strong. Overall, Oceania and Regent are 40 percent booked for 2022, which is a higher percentage than usual at this time of the year.

"These are the cohorts that are getting the vaccine," Del Rio said. The positive stock market is also influencing this demographic, plus they are more likely to have time and money to travel.

His comments echo those of Royal Caribbean's President and CEO, Michael Bayley, who stated: "We've seen after we came out of the holidays is a proportional increase in the number of guests booking who were 65 plus, and that has continued to increase," Bayley said. "Our belief is people 65-plus are getting vaccinated, and we're seeing that very much in our bookings from January forward.

The prevalence of the vaccines is also changing the way that Norwegian is looking at health and safety protocols. While the company has yet to issue a vaccine mandate, as some small and luxury cruise lines have, it has said publicly that it is looking at requirements for crew.

It doesn’t mean that the line will abandon the recommendations of the Healthy Sail panel, which NCLH spearheaded, along with the Royal Caribbean Group. That panel came up with a list of 74 protocols, ranging from mask wearing to COVID-19 testing to social distancing.

Rather, vaccines are a complement to those efforts, and ultimately will make a safe return comprehensive.

The big question that is still unanswered is when will the ships be able to take the next steps in restarting. The cruise lines have yet to have the next set of guidelines for the Centers for Disease Control (CDC) as to when they can start test cruises, Del Rio said.

While Royal's Michael Bayley told investors on Monday that the guidance could come "literally any day," Del Rio was less optimistic.

"I wouldn't label it as a few days. It could be a few weeks. We simply don't know," he said.

When the CDC released its "Framework for Conditional Sailing" order in October, the company had thought that a Q1 restart was possible; crew were recalled and ships were staffed up, Del Rio said.

But the subsequent surge in COVID-19 cases around the world, as well as the "significant uncertainties" surround the CDC's order, threw that timeline out the window. It also cost the company an additional $15 million cash burn in Q4, part of a total $190 million monthly cash burn that NCLH reported for the end of 2020.

At this point, Norwegian Cruise Line Holdings has canceled cruises through May 31, 2021. The company has generally been following a 90-day cancellation window, which would give the ships time to staff up and have the required test cruises before taking on paying passengers.

Del Rio stressed that it would be untenable for the line to bring all ships back at once. A more realistic plan would be put a ship a week into service, a process that could take six to seven months total.

When asked whether the lines would be successful in salvaging part of the Alaska 2021 season, Del Rio remained non-committal. "We're cautiously optimistic," he said, of the lobbying efforts underway to either persuade Transport Canada to lift its current cruise ban earlier than its stated February 2022 date. But, "there are a lot of hoops to jump through."

The company has no plans to sell off any of its vessels, a move that some other lines have taken to streamline their bottom lines. "We do have the youngest fleet, and every ship produces positive margins," Del Rio said. The line was lucky in that it didn't have any new builds scheduled to come out this year; the next one is slated for the third quarter of 2022.

When cruising does return, it is likely that ships could be at 50 percent capacity to meet government health and safety requirements, Del Rio said. It will also have to take place in a phased manner, with a certain number of ships being added each week.

Since ships are currently booked at rates higher than that, some passengers will have to be rebooked or moved to other vessels.

"Demand is going to exceed supply," Del Rio said. "Of all the things we have to worry about, filling vessels – demand - is not one of them."