You may also like
Dismiss
Coronavirus: Updated Cruise Ship Policies and Cancellations Because of COVID-19 (2021)
Foreign Office Eases Travel Exemption for 67 Countries, Paving Way for European Cruises
Rolling Out the Deals: Why Now Might Be a Great Time to Book a Cruise
Marella Cruises Reveals New 2021/22 Itineraries to the US, Caribbean and Asia
Royal Caribbean's Anthem of the Seas Cruise Ship to be Based in Southampton in 2021
P&O Cruises Restarts Cruising For First Time in 15 Months on Britannia
Another Big Week for Cruising in England as More Ships Set Sail, Arrive For Restart
"Cruising With…" Set to Return Next Year -- But Without Jane McDonald
MSC Virtuosa to Return for Line’s Biggest Ever UK Season, MSC Cruises to Base Ship in the UK Year Round in 2022
MSC Cruises Extends Seasons of MSC Virtuosa Cruise Ship in the UK, MSC Bellissima in Dubai 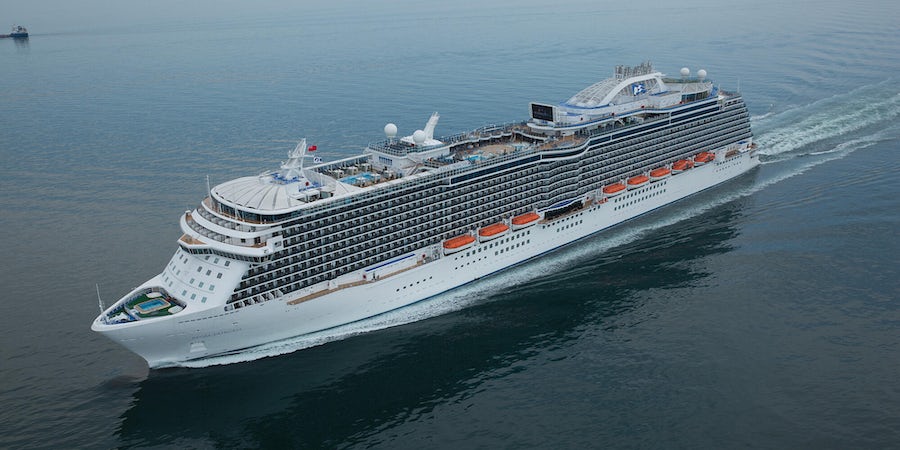 (6:33 p.m. GMT) -- Princess Cruises has added three new cruises from Southampton on Regal Princess at the end of this summer season.

Regal Princess' 24-night Canadian Adventure cruise, which was due to depart Southampton on September 18, has been replaced with three new cruises.

The move follows Transport Canada's decision to ban all large cruise ships from calling in at Canadian ports this year, so effectively ending the Alaska season.

"We added these new itineraries based on the strong demand from U.K. guests for our 2021 ex-UK season," said Tony Roberts, vice president Princess Cruises UK & Europe.

"While we share our guests' disappointment over the cancelled Canadian Adventure voyage, we're pleased to be able to offer our guests even more choice of sailings from Southampton for this year."

A 25-night Canada and New England cruise will sail roundtrip from Southampton in 2022 on Sky Princess. The itinerary includes an overnight stay in New York City and passengers will visit other popular ports-of-call such as Boston, Rhode Island and Maine in the U.S., plus Corner Brook, Sydney, Prince Edward Island, Bay of Fundy, Halifax and Newfoundland in Canada. The cruise departs 24 September, 2022.