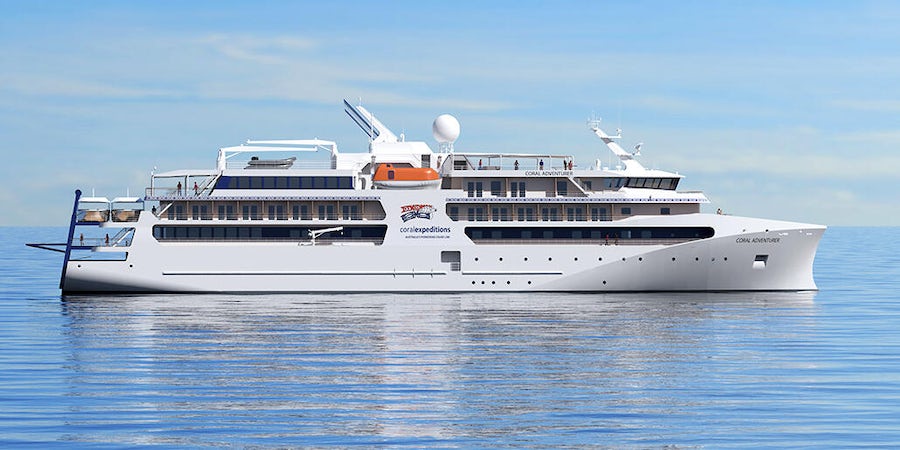 (5:15 a.m. AEST) -- Australia's small ship cruise line Coral Expeditions has confirmed it will restart in Western Australia on March 10 -- its 25th year of continuous operations in the state.

Coral Adventurer is currently en route from Adelaide to Fremantle and will set sail from Fremantle to Broome calling on the Houtman Abrolhos group, Ningaloo and Shark Bay, the Muiron and Montebello Islands and the Dampier Archipelagos.

The line has attained all required state and federal approvals including the endorsement of their travel industry leading SailSAFE plan.

Coral Expeditions has been continuously operating incident-free in the Great Barrier Reef and Tasmania since October 2020 and just completed a successful inaugural voyage in South Australian waters last week.

The line's 2021 voyages include new itineraries exploring the coastline and rarely visited islands off WA, as well as its iconic Kimberley voyage between Broome and Darwin.

Coral Geographer, which launches next month, will set sail on its sold-out Maiden Voyage on March 31.

The cruise. "Across the Top of Australia", is a 19-night expedition exploring remote regions of WA including Ashmore Reef, Scott Reef, Adele Island and the Lacepedes.

Coral Adventurer and Coral Geographer have been designed and built specifically for extended expeditions along the rugged Australian coast.

Commercial Director, Jeff Gilles said: "Our sailing schedule celebrates the vast magnificence of Australia’s coastal shores and we are privileged to be able to take guests on adventures to places that simply cannot be accessed by road, rail or even air."

Coral Expeditions is planning more than 45 departures in 2021 with expected passenger numbers to exceed 4,000.

As with other domestic itineraries, passengers will be drawn from the Australian market and capped at under 100 per departure. The line operates an Australian flagged fleet, with an all-Australian crew and passenger base.

Coral Expeditions will continue offering flexible booking and deposit protection terms and will have special local offers available for early season voyages in March and April 2021.